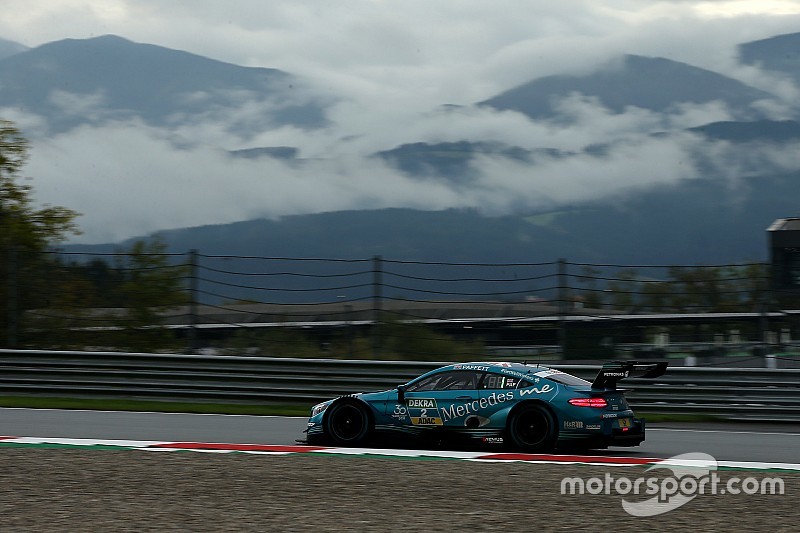 In damp conditions, Audi looked strongest in the early stages as four different drivers led the way and Rene Rast ended the first half of qualifying in first place.

Rast stayed in first until the final minute of qualifying when Mercedes' Pascal Wehrlein demoted him, only for Muller to immediately move ahead of the former F1 driver.

However, Paffett then went two tenths quicker and topped the session with a 1m23.404s, as Muller's last-gasp improvement fell just short.

Joel Eriksson was the top BMW in sixth ahead of Timo Glock and Rast, who did not improve on his time in the late stages.

Daniel Juncadella, stripped of a win with a last-lap penalty on Saturday, was ninth as Philipp Eng completed the top 10.

Lucas Auer, who spent the first half of the session in the pits with mechanics working in the car, was 14th.

Mercedes wildcard Sebastien Ogier rounded out the order in 19th, but was only 0.248s slower than Loic Duval in 18th.