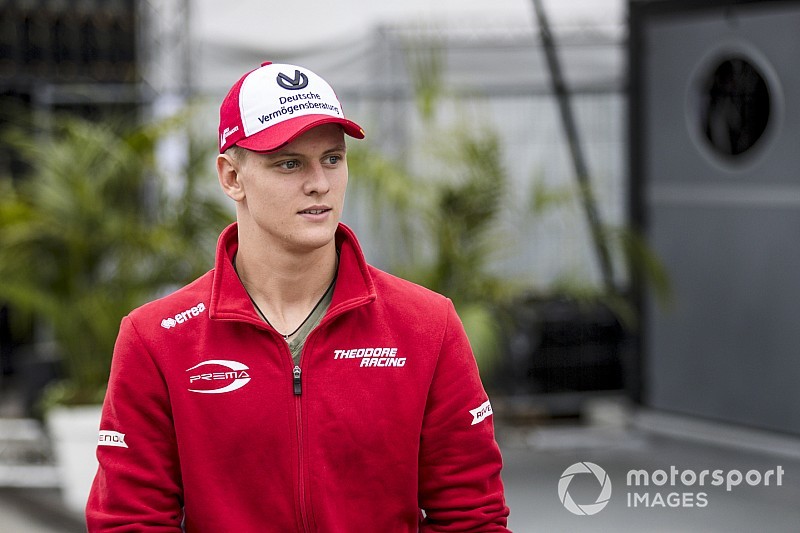 European Formula 3 frontrunner Mick Schumacher will get his first taste of DTM machinery during this weekend's race meeting at the Nurburgring.

Schumacher, son of seven-time Formula 1 champion Michael, will pilot the race taxi version of the Mercedes-AMG C63 DTM in a Friday demo run, having been invited by series chairman Gerhard Berger.

The series manufacturers have arranged race taxi rides for a wide array of drivers in the recent seasons, and a number of those have gone on to compete in the series – including BMW's Joel Eriksson, 2018 rookie and a first-time winner in the most recent weekend at Misano.

Schumacher, a former runner-up in Italian and German F4 championships, lies fourth in the standings in his sophomore European F3 campaign with the Mercedes-engined Prema outfit.

A run of three wins in the last three rounds has elevated him into title contention, as he sits 36 points behind Red Bull-backed points leader Dan Ticktum with 12 races left to run.

DTM has been a natural home for standout F3 graduates, as the series is run by a division of DTM promoter ITR and supports the German touring car series for much of its season.

However, DTM opportunities in 2019 for the likes of Schumacher could be limited, with Mercedes pulling out of the series - although Audi and BMW are expected to expand to at least eight cars each.