The DTM has been hit hard by the exit of the R-Motorsport Aston Martin team - which itself replaced Mercedes after it departed for Formula E in 2019 - leaving the series with just two manufacturers in Audi and BMW and 16 cars on the grid this year.

Moreover, Audi is understood to be evaluating its factory involvement in motorsport, and there is a risk that it could leave the DTM after its current contract expires after 2020 to focus all of its efforts on Formula E.

Such a scenario would leave the DTM with only a single manufacturer in BMW, and most likely signal the demise of the series.

But Stuck, who won the 1990 drivers’ title with Audi, believes the DTM could avert such a situation by axing its silhouette Class One cars in favour of GT3 machinery.

"As long as I was [German motorsport federation] DMSB's President my approach was always: '[ITR chairman] Gerhard [Berger], how can we keep this great platform DTM alive? Are these very special cars really the right way, or couldn't we change cars from a certain year on and use GT3 cars for example?'” Stuck told Motorsport.com.

“Gerhard always rejected that very strongly: 'That's out of the question, I don't like BoP!’ But then something incredibly interesting happened.

"At the beginning of February a conversation between Wolfgang Porsche, Gerhard and myself happened by chance. And that's when Wolfgang brought up this topic.

“This was the first time that Gerhard didn't consistently say no to GT3. He didn't necessarily say anything positive, but he listened. And I thought that was good."

Stuck said that adopting GT3 machinery would make a whole range of car models available for use in the DTM, instead of relying on more expensive Class One cars that are built by only a handful of manufacturers in Europe and Japan.

The 69-year-old added that he has also pitched the idea of DTM hosting races on the same weekends as the ADAC GT Masters series - a proposal he said has got early support from Berger.

"We've got a season that's got to start sometime,” Stuck said. “You could use the time and think about a 'GTM', especially since all the manufacturers are discussing again how to go on and what it will cost."

"Then there would be 11 or 12 possible [models of] cars to use. If you could get six or seven you would have a full house. And what's wrong with getting a good BoP through Stephane Ratel [SRO, the organisation that runs GT World Challenge Europe]? It's a sign of the times.

“Before you start trying to find a third or fourth manufacturer, you could take this as an impulse. There are no sprint races in GT3 - and that would work even with GTE cars.” 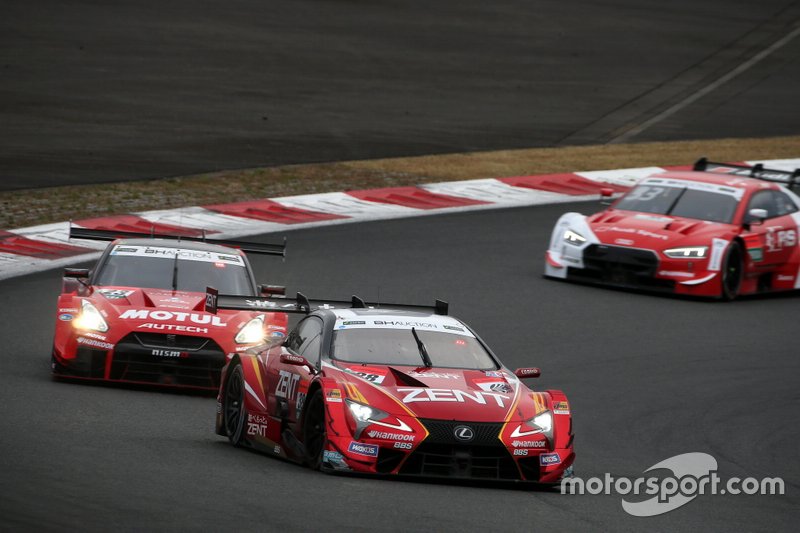 The DTM has strengthened its tie up with Japan’s SUPER GT series in recent years, with the two series adopting Class One regulations in 2019 and 2020 respectively.

While the DTM and SUPER GT successfully hosted a joint exhibition race at Fuji last November, the long-term future of the collaboration remains clouded, and Stuck believes he can’t see Japanese manufacturers entering the DTM full-time.

"It's too special,” Stuck said of the Class One ruleset. “If you have a GT3 car today, there are different ways to use it. With a Class One car there are only two race series.

"I thought the idea of going to Japan, and also the races we did together, was great and spectacular. But I can't imagine that a Japanese manufacturer would join DTM permanently or that DTM cars would be permanently used in Japan.

“After all, I was involved in several discussions and didn't see any future prospects. Especially not now [with the coronavirus crisis].

"A Japanese marque - and I would see Toyota as the most likely candidate - would start at zero in a series where the others have years of experience.

“We saw with Aston Martin how far they were from winning. How long can a manufacturer keep that up? Plus, you'd have to go back and forth all the time if you wanted to do it properly."