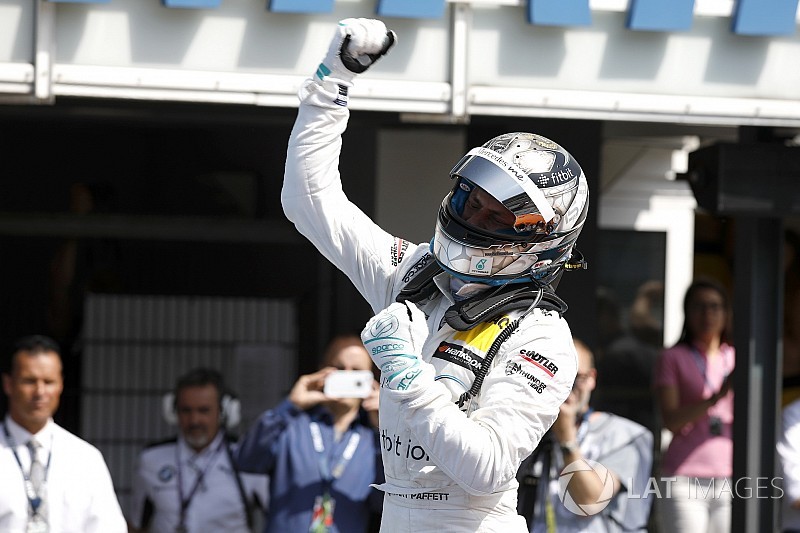 Mercedes says its “surprising” victory in the 2018 DTM season opener at Hockenheim was important to prove that it is putting all its efforts into its final season.

Gary Paffett took pole position by almost two-tenths of a second and was the first of four Mercedes to qualify inside the top 10.

Paffett then beat Lucas Auer in an intra-team battle, with the pair running well ahead of podium finisher and BMW driver Timo Glock.

Mercedes DTM boss Ulrich Fritz told Autosport it was important to make a statement about its DTM commitments.

“I expected a really tough battle here at Hockenheim and for the whole season with these cars,” he said. “To be honest, to be so far upfront – today at least – is quite surprising for us.

“I’m really happy for the team in the circumstances, with the DTM exit, they really showed some of the messages given from other people saying ‘Mercedes would not pull all the effort into it’.

“We really showed that we can do better [than that] and it was a great result and a great start to the season.

“We are here to win, not just finalise our relationship with DTM. It’s a good start to the season and we go from there.”

Paffett said that he was trying not to think about 2018 as the final DTM season for himself and Mercedes.

“I keep trying to forget about the last year because I want to focus on racing and I did that today,” he said. “It’s great to start the year like this, we need to keep it going.

He added that it was impossible to predict the pace of Mercedes against BMW and Audi, with the latter struggling throughout Saturday.

“In qualifying it was a good lap,” Paffett said. “But to be two tenths clear of second place is a lot, it’s a big gap. [I’m] really pleased and a little bit surprised, you never know how good you’re going to be in testing.

“You never really know [where you stand] until that first qualifying session and it was really pleasing to see we had a quick car and it was great to start on pole.

“The car was pretty much the same balance that it was in qualifying [in the race] and I could drive it as hard as I wanted to.

“Overall, it’s surprising, but it showed our race pace is exceptional.”