The spectacle will be continued – DTM makes its Lausitzring stop 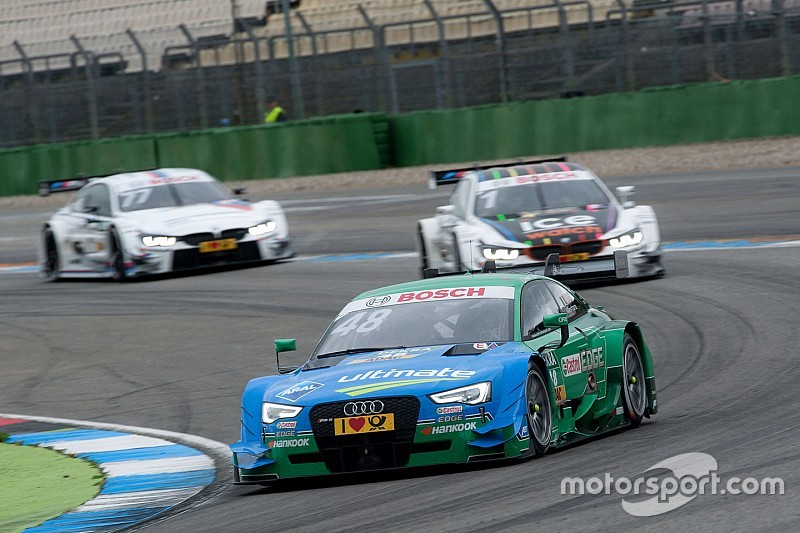 Who will prevail in the fourth clash of forces?

Will Audi be able to keep up the dominance they displayed in the season kick-off at Hockenheim? Will round three feature the third race winner in the still young season? And who will prevail in the fourth clash of forces? The answers to all these questions will be given from 29th to 31st May at the Lausitzring. The schedule features a qualifying session and a race both on Saturday and Sunday and so, enthralling battles and thrilling motor racing are guaranteed.

The support programme will be spiced up by the spectacular, powerful motorbikes racing in the Superbike IDM and by the Porsche Carrera Cup Germany. Over the course of the weekend, the visitors will be provided by a total of eight races. Plus qualifying sessions, practice sessions, parties and show acts. To cut a long story short – the event is packed with thrilling or entertaining highlights and the crowds in the Niederlausitz region may look forward to an eventful top-class motor-racing meeting on the last weekend in May.

This weekend will be clearly more difficult for us,

Edoardo Mortara (30 points) is the man who travels to the Lausitzring as championship leader, with fellow Audi drivers Jamie Green and Mattias Ekström – each of them winner of one of the two Hockenheim races – following with 25 points on their tallies. While Green delivered in fine style in the dry Saturday race, took the lead right at the start to never lose it until he crossed the finish line, Ekström shone in the wet. But should the weather forecasters be right, the wets can stay in their boxes, at the Lausitzring.

What could suit last year’s Lausitzring winner Pascal Wehrlein particularly well. “The season kick-off demonstrated that we have got a fast car,” said the Mercedes-Benz driver. “Racing a car that has got what it takes to battle it out at the very front of the field is big fun.” With 22 points on his tally, Wehrlein who finished second in the Saturday race is pressurising the leading Audi trio. So, the 20-year old and his fellow Mercedes-Benz drivers travel to the Lausitz in a confident mood. After all, 80 percent of the DTM races contested at the Lausitzring were won by Mercedes-Benz vehicles and consequently, it is regarded as track that suits the Stuttgarters particularly well.

“This weekend will be clearly more difficult for us,” believes Audi ace Nico Müller (8 points). The new-fledged Nürburgring 24h-Race winner has fully recovered, following the celebrations, and is keen on working his way up from the 10th position in the championship he currently is holding. “On Sunday evening, following our 24h-race win, we partied really hard. But then, it was quickly back to normal – and the preparations for the Lausitzring. We will have to take aboard additional performance weights. In addition, the track characteristics don’t really suit us. But let’s see what we will be able to achieve.” The BMW drivers also travel to the Lausitzring with somewhat restrained expectations. For the camp of the Bavarian manufacturer, the season kick-off brought all the aspects of a mediocre race weekend.

Timo Glock: “I’m happy that the three-week break is over and that we will be back racing. It goes without saying that we hope that the Lausitzring will suit us slightly better this year than it did in the past, allowing us to return to the competitiveness we displayed last year.” The currently best-placed BMW drivers, Martin Tomczyk and Marco Wittmann, have got 12 points on their tallies each and currently hold eighth and ninth position in the championship. Wittmann clinched his title at the Lausitzring, last year, but that’s not the only reason why he just can’t wait for racing, there. “The circuit has got it all,” he says, “Tight corners, fast sections and long straights. I am convinced that the fans once again will be provided action galore, there.”

Audi travels to the Lausitzring with tailwind 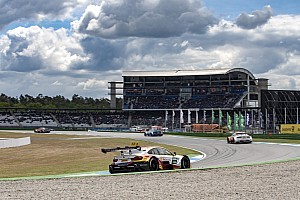 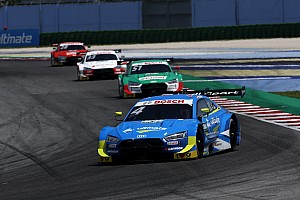