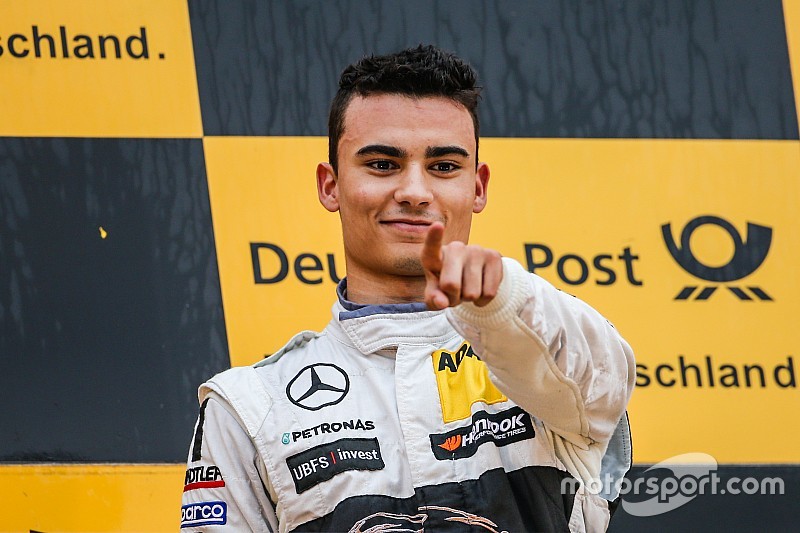 Wehrlein tried to nudge his way past Tomczyk for 15th place into the final corner on lap two, as the BMW driver ran slightly wide when battling the Mercedes of Maximilian Gotz.

The duo made contact, with Wehrlein briefly edging ahead, albeit Tomczyk managed to cross over and subsequently take the inside line into Turn 1 to keep his position.

"I didn’t like Pascal‘s manoeuvre against Martin Tomczyk," said Marquardt. "Maybe Pascal has to calm down a bit. And maybe this is something you should bear in mind when you fight for the title.

"I don’t like such manoeuvres. Perhaps he should sit down and watch it again from the outside as he had to do after the Nürburgring weekend."

At the Nurburgring, Wehrlein and Martin collided at the start of Race 1 while going for the lead, with Martin continuing on to claim the win and Wehrlein finishing in third.

A red-flag stoppage early in that race gave Wehrlein the opportunity to confront Martin over the collision, though the German subsequently apologised to the Belgian post-race after viewing a replay of the incident.

"[At the Nurburgring], he thought he had been hit by another driver. But in the end he realised it was he who hit another driver," said Marquardt.

"I think he has to mature a bit. Honestly: manoeuvres like that are completely unnecessary and certainly not okay, even for a champion."