Wehrlein surprised by his speed on DTM return 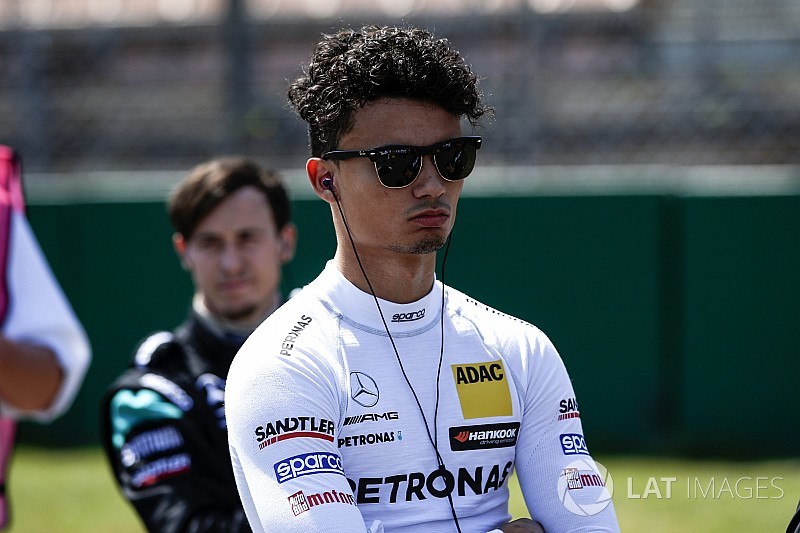 Former Sauber Formula 1 driver Pascal Wehrlein says he did not expect to be so competitive on his return to the DTM at Hockenheim.

Wehrlein was making his DTM return three years after winning the series after losing his Sauber F1 seat to Ferrari junior Charles Leclerc.

Instead, he was placed back into the DTM and its new simplified suspension and aero package meant the series had significantly changed since he was last in it.

Wehrlein notably impressed in the finale, starting 11th and climbing to second before a slow pitstop dropped him to 13th and forced a recovery drive to sixth.

Having been fifth in the opener, Wehrlein admitted his surprise at his early form.

“I’m happy for the first weekend, I didn’t expect it to be that competitive in the two races,” he told Motorsport.com.

“Today [Sunday] was a bit of a shame because I didn’t qualify in front. In the race you could see that the performance was very good, I caught up to all the guys in front and overtook them.

“So, if the race had been a bit longer it would have been better for me because the gap was at one point after the [delayed] pitstop quite big.

“I had to catch up and overtake another one or two guys. The crucial thing in DTM is to be in front in qualifying and then it should be an easy race. But if you start in P11 like I did today it’s more difficult.”

Wehrlein adds that later in the season Mercedes will have to choose a driver to back in the title fight and that early points will only help his cause.

“It’s a good start into the season and that’s exactly what I wanted to achieve,” he said. “That’s important if you have two, three, four points more.

“It’s important to have them and then there will be a part of the season where you need to be first or second placed Mercedes guy. I’m sure the next weekends will be better for me.”

Earlier in the weekend, Wehrlein admitted he had to get his brain to comprehend the lower speeds through the corners compared to F1.

“You know the target is always to drive at the limit, there’s a limit to each car and it doesn’t really change,” he said.

“It just feels a bit slower or faster, in my case, it’s slower than 2015 and quite a lot slower compared to F1. That’s also a big change for myself, to change the driving style again for a touring car.

"The other most difficult part of changing the driving style is backing off to accept that you can’t go faster than where the limit of the car is.

“I’m used to driving a lot faster through high-speed cars in F1. The brain still thinks ‘I can go faster, now I have new tyres, I can go 10km/h quicker.’”