Marco Wittmann says it is "unacceptable" that Audi drivers Rene Rast and Jonathan Aberdein were not penalised for the collision that caused the BMW driver to retire.

The trio entered the right-handed long bend of Turn 8 side-by-side with Wittmann on the outside and Aberdein alongside Rast on the inside line.

Aberdein then made contact with Rast, which knocked the Audi into the BMW driver and forced Saturday race winner Wittmann out of the race due to steering column damage.

Race control took no action after a post-race investigation, and Wittmann believes the collision was similar to his own with Audi's Robin Frijns in Zolder that earned the BMW driver a drive-through penalty.

Wittmann told Motorsport.com: "I was braking later into Turn 8 and left him [Rast] enough room to survive on the inside. Then it was, I think, Aberdein who dived into a situation where there was no place for him to do so.

"He hit Rene and Rene massively hit my car and afterwards it was damaged and the steering wheel was not straight anymore and broken.

"It’s a shame as it’s happened twice with Audi and [this incident did not] not get a penalty."

Wittmann's collision with Frijns in Zolder came as the Audi driver suffered a gearbox problem.

When the BMW driver compared that incident to the one in Sunday's Misano race, Wittmann claimed: "Even Audi admitted the [Zolder] penalty was maybe the wrong decision".

He continued: "But we had to swallow it and now they both continue [in the race] and I’m out and they get no penalty. For me, this decision is not acceptable and I have to accept it.

"I cannot change it and the fact is I go home with zero points on Sunday which is frustrating." 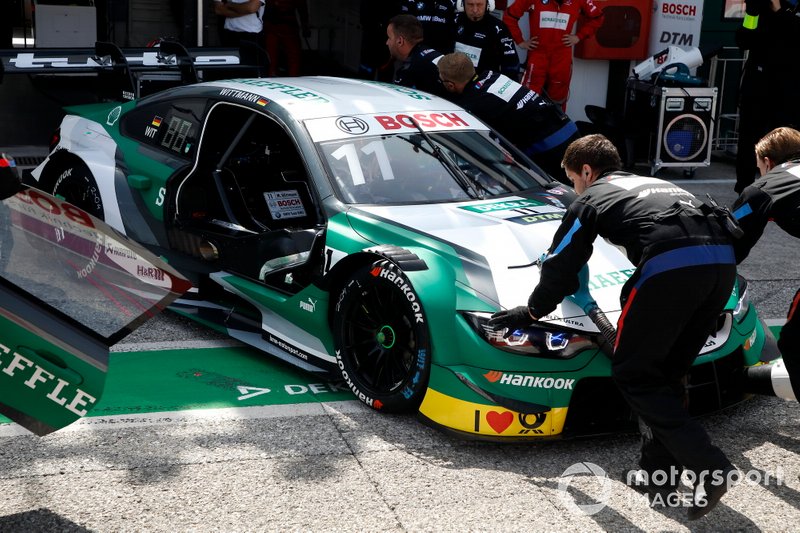 It is understood the DTM's viewpoint of the incident is consistent with its desire to avoid excessive penalties that could discourage wheel-to-wheel racing.

Rast said in the post-race press conference that he had not yet watched a replay, in contrast to Wittmann who was shown the incident during live coverage at Misano.

"Marco and I went side-by-side from Turn 6 and down the straight," said Rast.

"Wittmann braked late on the outside, I was on the inside, and Jonathan appeared on the left-hand side and we all turned in. I got a hit from that and then hit Marco. I couldn’t really avoid anything and that’s how it felt from the inside.

"It’s sore for him, it was not intentional or anything, I was just in a sandwich."

WRT's Aberdein told Motorsport.com that the driver briefing ahead of the weekend had defined Turn 8's track limits as including the run-off area.

He continued: "Marco had just stayed a little bit too close to the inside and didn’t open enough and didn’t know there was a car inside of Rast. For me, it was a racing incident. It’s no-one’s fault." 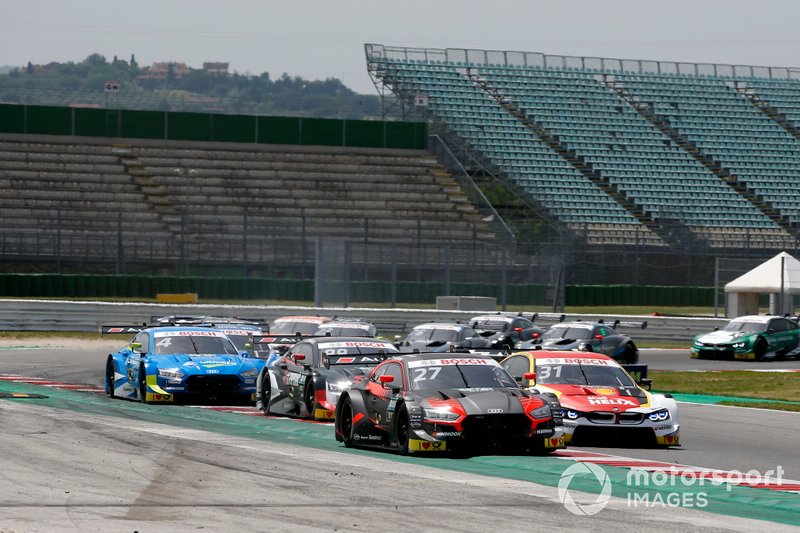 Rast will be seen as DTM legend in 10 years - Rockenfeller