26 cars on track for Hungary 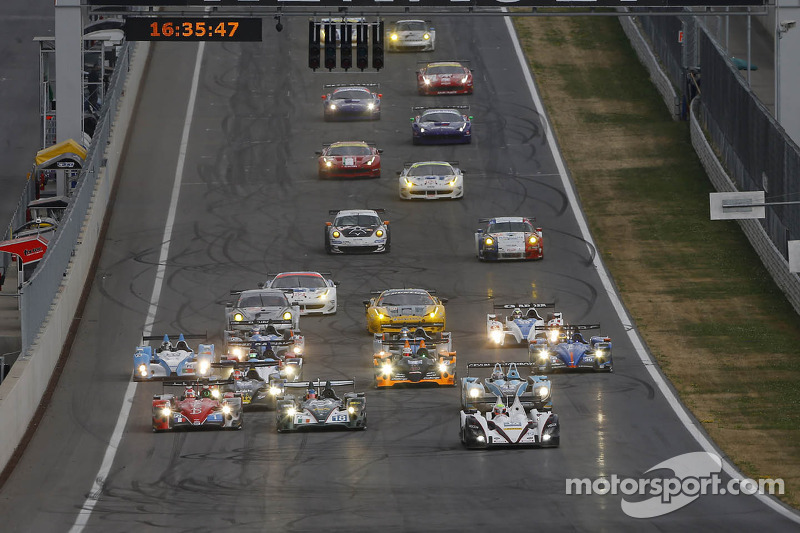 Nine prototypes will be competing in the LMP2 class. Thiriet by TDS Racing, the current series’ leader, keeps the same line-up that has so far borne fruit for them and Pierre Thiriet and Mathias Beche will be going all out to retain that lead in both the Teams and Drivers’ classifications. Murphy Prototypes also keep a line-up which has performed well, with Brendon Hartley and Jonathan Hirschi driving the No.18 ORECA 03 Nissan, and Race Performance hasn’t changed its Swiss pairing of Michel Frey and Patric Niederhauser. Signatech Alpine is determined to fight for its place in the sun and continues with Nelson Panciatici and Pierre Ragues just as Jota Sport does with Simon Dolan and Oliver Turvey (Zytek Z11SN Nissan n°38). SMP Racing will run Maurizio Mediani and Sergey Zlobin in the No.37 ORECA03 Nissan while at Morand Racing former Formula 1 driver Christian Klien replaces Franck Mailleux alongside Natacha Gachnang. Boutsen Ginion Racing has announced that John Hartshorne, driving the No.4 ORECA03 Nissan will be accompanied for the Hungarian round by British driver Alex Kapadia and Kuwaiti Khaled Al Mudhaf.

In the LMPC class, only two of the Team Endurance Challenge FLM09s will make it to Hungary. Anthony Pons and Soheil Ayari will drive the No. 48, while Paul Loup Chatin will drive alongside Alex Loan in the No.49. The Algarve Pro Racing Team, which made its debut at the Red Bull Ring, continues its journey with CO Jones and Nicky Catsburg.

Eight teams make up the grid in LMGTE. Ram Racing, installed at the head of the class standings, shows continued faith in its drivers. Thus Johnny Mowlem and Matt Griffin will share the wheel of the No.52 Ferrari F458 Italia, while Gunnar Jeannette – who took part last week in the FIA WEC 6 Hours of São Paulo in Brazil - and Frank Montecalvo will drive the British team’s No. 53 entry. The No.54 and 55 Ferrari F458 Italias of AF Corse will be respectively in the hands of Yannick Mallegol, Jean- Marc Bachelier and Howard Blank, and Italian crew Piergiuseppe Perazzini, Marco Cioci and Federico Leo . At JMW Motorsport, Andrea Bertolini and Joel Camathias will be trying to score extra points for their title challenge with the No.66 Ferrari F458 Italia. Three Porsche 911 GT3 RSRs will complete the list in LMGTE. IMSA Performance Matmut is putting the No. 67 in the hands of Patrice Milesi and Jean -Karl Vernay, Prospeed Competition continues with François Perrodo and Emmanuel Collard in the No. 75 and Christian Ried, Klaus Bachler and Nick Tandy will drive for Proton Competition in the No.77.

Kox Racing enters the sole Lamborghini Gallardo LP600 GT3 which will be driven by its owner Peter Kox, his Dutch teammates Nico Pronk and newcomer Dennis Retera. In the No.62 AF Corse Ferrari F458 Italia GT3 the all-Italian line up of Andrea Rizzoli, Stefano Gai and Lorenzo Casé will appear again, while the other two Ferraris in the class, the No.69 and 72 entered by SMP Racing will be driven respectively by Fabio Babini, Viktor Shaitar and Kirill Ladygin and the Italian-Russian line-up of Devi Markozov, Alexander Frolov and Luca Persiani. A new entry comes in the form of the Easyrace team from Italy with an all Italian crew of Tommaso Rocca, Diego Romanini and Fabio Mancini sharing the driving of the team’s Ferrari 458. The only BMW Z4 on the grid is entered by points leaders Ecurie Ecosse and it will be in the hands of Ollie Millroy (now the top ranking GTC Driver), Joe Twyman – who makes his return to the team – and Alasdair McCaig.

So these are the 9 LMP2, 3 LMPC, 8 LMGTE and 6 GTC cars which will be on the grid for the 3 Hours of Hungaroring on 14th September, an event that takes place alongside the 8th round of the World Series by Renault. It promises to be a weekend of dynamic racing and a warm welcome is promised for the weekend’s fans and guests.

Strong field for Hungary round of ELMS

Montecalvo and Jeannette head to Hungaroring seeking another ELMS podium