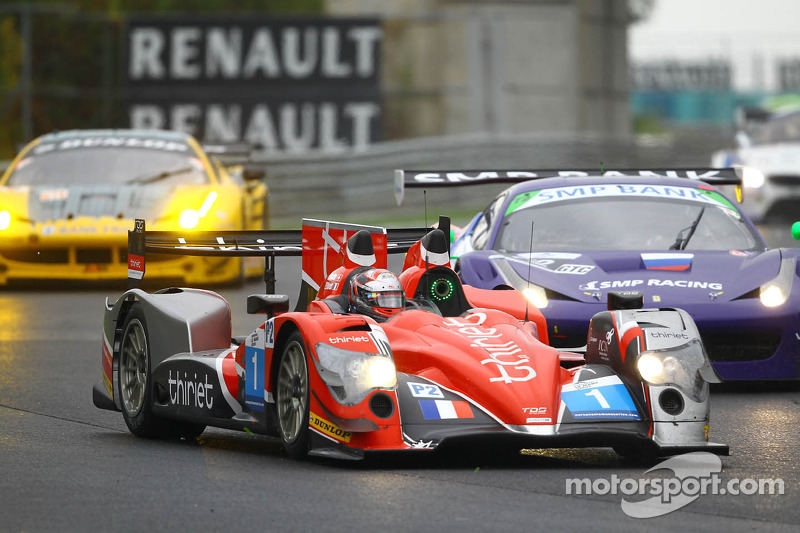 Pierre Thiriet by TDS Racing and Signatech-Alpine have equal points in the title race.

The fifth and final round of the 2013 European Le Mans Series season promises to deliver suspense : it’s at the Circuit Paul Ricard that the Drivers and Teams championships will be decided. 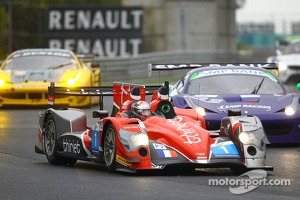 Heading into the three hour race, Thiriet by TDS Racing and Signatech-Alpine have equal points in the title race.

The same is true for the Drivers rankings, with Pierre Thiriet carrying equal points with Pierre Ragues and Nelson Panciatici. On one side, an ORECA 03, and the other, an Alpine A450, which uses the same chassis designed and built by ORECA.

In both cars, the engine is a Nissan V8 prepared by the ORECA engine department at Magny-Cours. As a consequence, the duel will be close. Four other ORECA 03 will also be involved in the fight.

Thiriet by TDS Racing looking for two in a row!


Champions last year in both the Drivers and Teams titles, Thiriet by TDS Racing is looking to make it two in a row with the ORECA 03 with their usual driver lineup of Pierre Thiriet and Mathias Beche. As Mathias did not take part in the first round at Silverstone, only Pierre is in a position to defend his title.

After a podium finish and two wins, the French team struggled at Budapest, but remains in first place with 73 points and the most victories. Therefore everything will be played for on the Circuit Paul Ricard – a track where Thiriet by TDS Racing took the win in 2012.

"We are not changing the way we prepare for this race. Our intentions are the same as always : even if the title is at the forefront of our minds, we can’t get caught up in the consequences." admits Xavier Combet, team manager.

"We can’t put pressure on ourselves and we are not going to change our way of working. Although we will be of course keeping an eye on Signatech-Alpine, we won’t run our race based on what they do. Our first object is to take the title for the second consecutive year, but we’d also like to win the last race to finish the season in style.

We’ve always run well at the Castellet, a circuit the drivers and technical team both know very well. I just hope the weather will not be variable. We have to different teams and each have their strengths, but a race in the dry will allow us to race without that extra unknown."

With the Alpine A450, a prototype designed and built by ORECA, Signatech-Alpine also has 73 points and is coming off a strong showing : a fourth place finish in the opening round of the season, two second place finishes and a win at Budapest. Pierre Ragues and Nelson Panciatici have caught their main rivals and will be looking to score big.

Only one more step to go for Murphy Prototypes…


Murphy Prototypes took their first podium finish of the season in Hungary. With a pole position, fastest race lap and a second place finish, the Irish squad once again showed its competitivity. There is only one more step to go for the team before tasting their first victory in ELMS. And that is the stated goal.

"We will be at the Castellet to win, that’s our only objective » confirms Greg Murphy, team principal. « We are well prepared, we have the best driver in Brendon Hartley, and he forms a great lineup with Jonathan Hirschi. I wouldn’t change this driving squad for any other. We’ve always been competitive on the Paul Richard circuit : like everywhere we race, and maybe there even more so, the ORECA 03 handles really well on that track. We have the right package to aim for victory."

In addition to Boutsen Ginion Racing and SMP Racing, close to its first LM P2 podium finish at the Hungaroring with Serguey Zlobin and Maurizio Mediani, Race Performance will also be present with its ORECA 03. With a good start to the season, with three top five finishes including a podium, the Swiss team will be taking on the track in the south of France without pressure.

Marcello Marateotto will replace Patric Niederhauser and will be taking part in his first ELMS race. "We have nothing to fight for in the championship standings so our only objective will be to enjoy ourselves." admits Michel Frey. "I know Marcello well, a business partner who is a true gentleman driver. It will be a new discovery for him and so we will try to have a good time behind the wheel. We will be looking to have a good finish to the season."

Taking place alongside the World Series by Renault, the European Le Mans Series finale will take place on the Circuit Paul Ricard on September 27-28. The start of the 3 Hours of the Castellet will be given at 4:30 pm on Saturday.

All titles up for grabs at Le Castellet