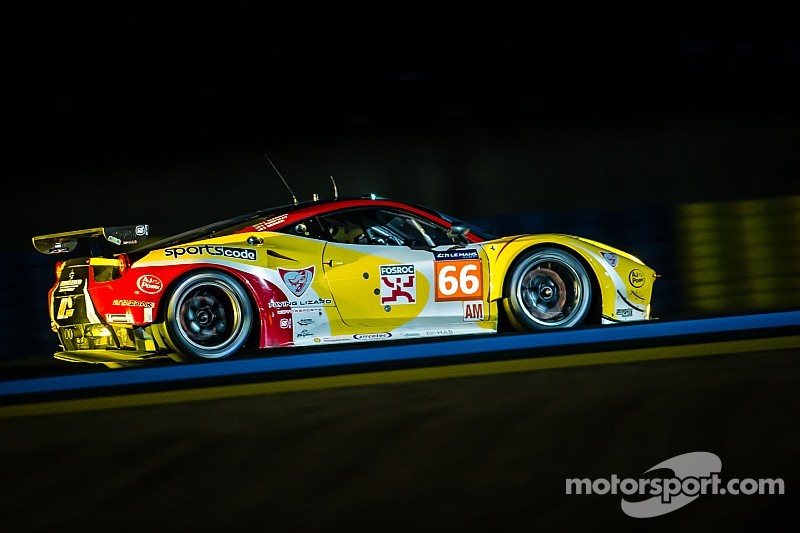 The UK-based team finished in third place in last season’s series with its familiar Ferrari 458 Italia. Richardson is the only driver retained from last terms campaign.

“I couldn't be more proud to have driven for JMW in 2014 and now I get to do it all over again in 2015,” said Richardson. “I am delighted to be back with Jim [McWhirter, Team Principal] and the team and I am raring to go. We are Championship contenders.”

BTCC star jumps on board

Tordoff joins the team after a successful 2014 in the British Touring Car Championship where he finished seventh. Smith’s highlights of 2014 include a third place at the Bathurst 12 Hours and second place in the ProAm class of the Porsche Carrera Cup UK.

“I have wanted to get into GT racing now for a number of years, and this year the stars have aligned and it’s finally possible! I’d like to thank Jim for having me on board,” commented Tordoff. “It is important for me to try and break the mould and show that I am not just a Touring Car driver. I believe with the right people and resources - that JMW have, I can have a successful GT career.”

The team, which appears to have reverted back to Dunlop rubber after a season with Michelin in 2014, has enjoyed notable success in recent years, being crowned the 2012 LMGTE-Pro champions. They placed third in last season’s ELMS after scoring four consecutive podium positions at Imola, Red Bull Ring, Paul Ricard and Estoril.