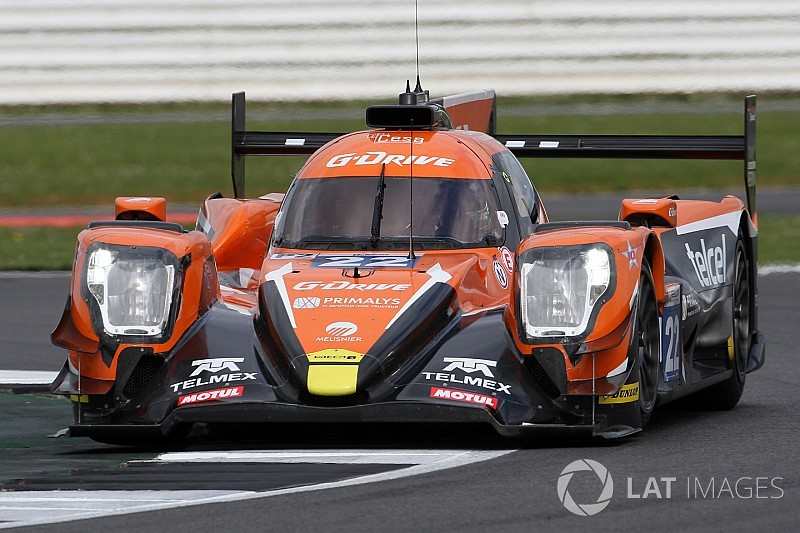 An all-professional LMP2 driver line-up entered for the European Le Mans Series by the Russian G-Drive squad threatens to destabilise the category, according to rival team bosses.

G-Drive Racing is seeking dispensation to run Jean-Eric Vergne, Matthieu Vaxiviere and Roman Rusinov aboard its lead Oreca 07 in the ELMS and, it is understood, the Le Mans 24 Hours, even though the P2 rule book demands at least one silver-rated 'amateur' driver.

Richard Dean and Sam Hignett, who respectively head up the United Autosports and Jota Sport teams, have both claimed that clearance for the platinum-gold-gold line-up in the car run together with TDS Racing would undermine the success of the category.

Dean told Motorsport.com: "This has created a lot of uncertainty around the category; it could affect its health and the health of our business."

Hignett added: "If they approve this, it will ruin everything by undermining the whole concept of LMP2 as it stands now.

"It would be very damaging for P2 by opening a can of worms when everything is looking healthy."

G-Drive is looking to exploit a clause added to the WEC and ELMS sporting regulations for this year that allows for a "temporary dispensation from the rule on the composition of crews" across the two championships' various classes.

Vincent Beaumensil, sporting director of ELMS organiser and WEC promoter the Automobile Club de l'Ouest, explained that the rule had been introduced at a time of uncertainty for the two series to help ensure that full grids were maintained.

"We realised that there could be a situation where the existing rules could be a block on some entries or projects," he told Motorsport.com.

He pointed out that the rules state a bronze driver cannot race an LMP1, but stressed that there is a big range of bronze drivers, "some with good experience from LMP2."

This is a clear reference to Swede Henrik Hedman, who is entered in the DragonSpeed team's Gibson-engined BR1 in the LMP1 class in the WEC.

A dedicated committee, including representatives from the ACO and the FIA, will rule on the line-ups submitted by teams seeking dispensation.

It must be satisfied that they do not "compromise track safety" and do "not generate a sporting advantage in relation to other crews entered in the same category", according to the sporting regulations.

Rusinov, who puts together G-Drive's racing programmes, was not available for comment, but the gold-rated Russian has long argued that he should be rated as silver because he has a full-time job with G-Drive owner Gazprom.

He has made comparison between himself and Frenchman Julien Canal, who has remained silver despite twice winning the WEC LMP2 title.

The DragonSpeed P1 entry in the WEC and the G-Drive entry in the ELMS remain provisional, pending decision by the special committee.

Turvey could return to ELMS with United Autosports