All titles up for grabs at Le Castellet 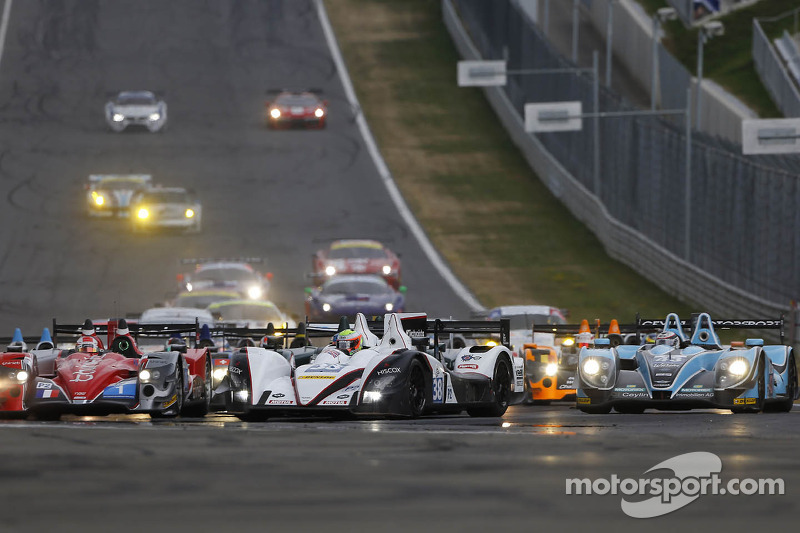 European Le Mans Series season finale will determine the title winners along with the coveted invitation for the 2014 24 Hours of Le Mans.

At the end of this week European endurance racing’s competitors will line up for the start for the final round of the 2013 European Le Mans Series at the Circuit Paul Ricard in the South of France.

Following the general test session in March at the Paul Ricard circuit, European Le Mans Series entrants have visited prestigious circuits throughout the season. From Silverstone in England to the Autodromo Enzo & Dino Ferrari in Imola, Italy, the Red Bull Ring in Spielberg, Austria and the Hungaroring near Budapest in Hungary, each of the four previous rounds have counted between 25 and 30 cars, with driver line ups composed of two or three drivers. On the cusp of the final race of the season, which will take place on the Var track, the 2013 championship titles are still undecided and all will be settled at Le Castellet. This is proof, if any were needed, of the success of the new ELMS format.

Thiriet by TDS Racing and Signatech Alpine, currently tied for the championship with 73 points each, will be fighting for the LMP2 ELMS Trophy and for the precious additional prize of an invitation to participate in the LMP2 category of the 24 Hours of Le Mans in June 2014. Jota Sport has 55 points and can still qualify for a spot on the podium, but Race Performance and Racing Morand are still in the game since, with 40 points each, they can also go for the win and earn themselves a place in the top three of the championship.

In the hunt for the Drivers’ trophies, Pierre Ragues, Nelson Panciatici and Pierre Thiriet each have 73 points in the overall classification. Who will walk away with the Winner’s Cup? Mathematically, and should there be any failure to finish on the part of leaders, Mathias Beche (58 pts), Oliver Turvey and Simon Dolan (55 pts) are also in a position to fight for the trophy. See you Saturday, September 28 to greet the winner(s).

In LMPC Team Endurance Challenge, run by ORECA, will enjoy a home race and will be the winner this season but with which car? The No.49 FLM09 is today well ahead with 96 points compared to the 73 for the No. 48. The prototype class winner will receive an invitation to participate in the 24 Hours of Le Mans in 2014 in the LMP2 category. In the LMPC Driver standings the odds are on the side of Gary Hirsch and Paul-Loup Chatin as they only have to score two points in order to receive the victory laurels.

In the LMGTE category the outcome of the championship also remains undecided as we go into the final round. Throughout the season Ferrari and Porsche have both been on the podiums. With two wins for the No.52 Ram Racing Ferrari F458 Italia and two for the No.77 Proton Competition Porsche 911 GT3 RSR, the British team has 88 points against 65 for the Germans. Everything is still in play and the winner will be decided Saturday night. The teams who finish first and second place in the championship will each leave Le Castellet with an invitation for entry to the 2014 24 Hours of Le Mans the LMGTE Pro class. Christian Ried is currently lying in second place in the LMGTE Drivers’ standings, just behind Johnny Mowlem and Matt Griffin who have 88 points each. With 55 points the German could still climb up the overall order if his rivals have problems ... Nick Tandy (55 points), Frankie Montecalvo and Gunnar Jeannette (53 pts), Federico Leo, Marco Cioci , Piergiuseppe Perazzini (51 pts) as well as Andrea Bertolini and Joel Camathias (43 pts) are all still mathematically in contention for a podium place in the overall LMGTE Drivers’ classification.

In the GTC category, which was new to the ELMS in 2013, everything remains up in the air. The fight for the title will be decided between the Russian SMP Racing team, AF Corse from Italy and the British Ecurie Ecosse team. With 75, 70 and 55 points respectively on the board, the final round of the 2013 ELMS promises some great fights for the title as well as for a place at the 2014 24 Hours of Le Mans as the winner will receive the right to participate in the Le Mans round of the FIA WEC in the LMGTE Am category.

There are many Grand Touring Challenge class drivers in the fight for the title. Fabio Babini, Kirill Ladygin and Viktor Shaitar each have 75 points, five more than Lorenzo Casé, Andrea Rizzoli and Stefano Gai, while Andrew Smith and Ollie Millroy are at 55. These eight GTC competitors are all eligible to win the category winner’s cup. Alasdair McCaig (40pts), Alexander Frolov and Devi Markozov (39pts) are in a position to fight for third place in the 2013 drivers’ standings.

See you very soon for a great weekend of motorsport, with single-seater races, sportscars or Touring cars all within the programme for the European Le Mans Series/World Series by Renault event.