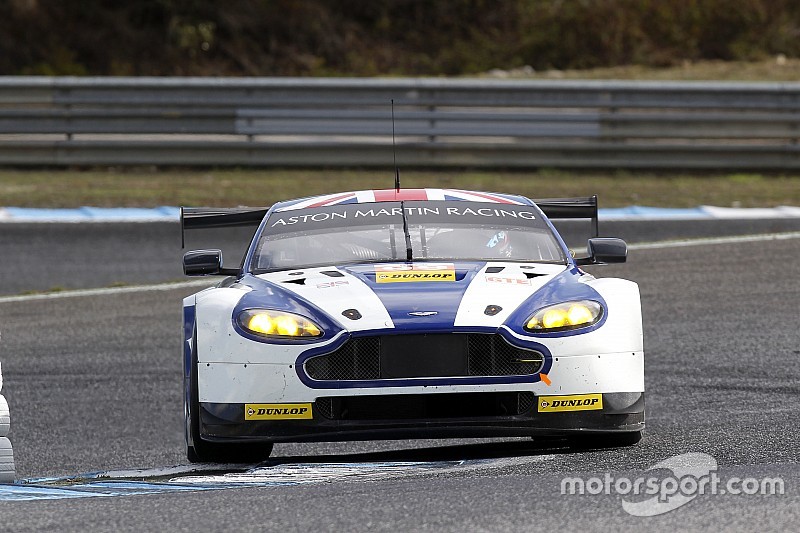 Beechdean AMR, who will be entered under Aston Martin Racing, will compete in the hotly contested GTE class.

Andrew Howard, Beechdean AMR team owner and driver will be teaming back up with Jonny Adam (despite the pairings recent parting when it comes to British GT). The duo will be joined by former Aston Martin Racing GTE driver Alex MacDowell, for what will be the teams first full season in ELMS.

Andrew Howard commented on the team’s plans for the full season and on McDowall, stating that “the goal has always been to race at the highest level we can, the ELMS Championship was the next logical step after doing GT3 for so long. It is great to have Alex’s experience in the team and we are all looking forward to the competition.”

I am thrilled our plan to race in the full ELMS season has come to fruition.

The trio achieve a convincing debut podium last year, after a successful introduction to ELMS at the 2015 season finale in Estoril (Portugal). Beechdean AMR, who will be entered under Aston Martin Racing, will compete in the hotly contested GTE class. The 2016 European Le Mans programme, will run across six of the best circuits in Europe, with races scheduled for; Silverstone (UK), Imola (Italy), Red Bull Ring (Austria), Paul Ricard (France), Spa Francorchamps (Belgium) and Estoril (Portugal).

Aston Martin Racing Factory Driver, Jonny Adam (who will also compete in the FIA World Endurance Championship with Aston Martin Racing in GTE Pro), mirrored Howard’s previous statement saying “Alex is a great addition to the partnership, his knowledge and experience is brilliant and I am looking forward to working with him. We ended the 2015 season with a good result, in a strong position – so I am hoping this year we will only improve.”

Alex MacDowall, who has several valuable years of experience in the Aston Martin Racing V8 Vantage GTE car, will be an asset to this successful team. MacDowall commented on the 2016 plan, saying “I am thrilled our plan to race in the full ELMS season has come to fruition. Andrew and Jonny have proven time and time again that they are a force to be reckoned with, and I hope we can continue what has already been a winning formula”

Beechdean AMR look to be shifting up a gear for the coming season, competing in the full ELMS schedule as well as Le Mans 24 Hour race as well as running GT3 and GT4 cars in the British GT. All in all, they certainly will have a strong presence across all GT categories in 2016.