Beechdean AMR ready for the ELMS start at Silverstone 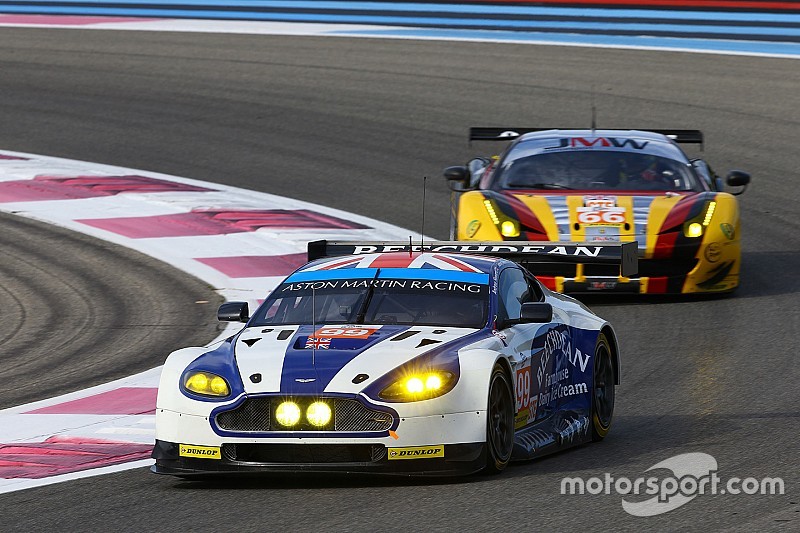 Multiple British GT Championship squad Beechdean Aston Martin Racing (AMR) will embark on one of the biggest race weekends of its existence.

In a rare occurrence, both the European Le Mans Series (ELMS) and the British GT will take place on home turf in Britain on the same weekend. Aston Martin Racing run team will have a GTE car competing in the first round of the ELMS and Beechdean AMR will have a GT3 and GT4 car in the British GT.

The first ELMS race of the season is taking place at Silverstone, the home of British motorsport. Silverstone is known to be a fast and flowing circuit, with an average GTE lap speed well in excess of 110MPH. The track is expected to suit the strengths of the Aston Martin GTE V8 Vantage.

The Beechdean AMR GTE car will be driven by Andrew Howard, Alex Macdowall and Aston Martin Racing factory driver, Darren Turner, in a last minute change in driver line-up. All three drivers have commented on the up-coming race, taking place in the UK this weekend. Andrew Howard, team owner and driver stated “I am really excited about doing a full season in the ELMS championship. With such a big grid and three different types of car, it's certainly going to be a very busy race.”

Alex MacDowall, who is equally excited about the upcoming championship said “I already feel like part of the Beechdean AMR family, so it should be an exciting year working with them. I'm looking forward to starting the season at Silverstone on home ground.”

Darren Turner, who is pleased to be back behind a Beechdean AMR wheel said “The championship looks strong and it will be a hard fought race at Silverstone.”

The race, a four hour encounter this Saturday afternoon, will test man and machine to the limit. The GTE class is expected to be a hotly contested field of cars, including other manufactures such as Ferrari and Porsche.

Beechdean AMR are looking forward to an action packed weekend and are hopeful that the weekend will throw up an exciting race as well as a good team result.