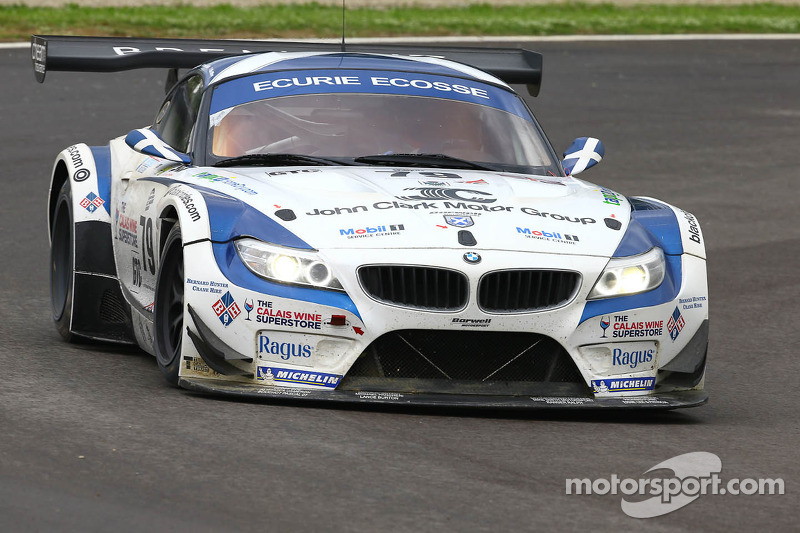 The team left the Italian circuit on Saturday evening delighted to have maintained leads in both the Drivers’ and Teams’ championships ahead of the next ELMS round at Austria’s Red Bull Ring on July 19/20.

Legendary Scottish motor racing outfit Ecurie Ecosse followed up their season-opening victory at Silverstone and maintained their position at the top of the European Le Mans Series standings with a gutsy third place finish at Imola on Saturday thanks to drivers Ollie Millroy, Andrew Smith and Joe Twyman. 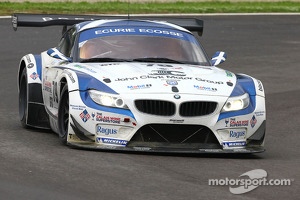 The team’s Barwell Motorsport-run BMW Z4 GT3 enjoyed its last competitive outing at Rockingham as part of the British GT Championship with drivers Oliver Bryant and Marco Attard at the start of May, but with the squad’s focus now firmly back on the ELMS, the Imola event would represent their first dry race in the championship.

Saturday morning’s qualifying session was completed by Smith, who recorded a time of 1m45.8s to line up fourth in class for that afternoon’s three-hour race.

Smith remained aboard for the race’s opening stint where he was up against the other teams’ much more experienced “Pro” drivers. 50 minutes later Twyman took over and also settled into a solid rhythm before he was handed a 30-second stop/go penalty for a pit-lane speeding infringement, losing the car over a minute to the class leaders.

With 90 minutes remaining, and following another faultless turnaround from the Barwell pit crew, Millroy embarked on his double stint lying seventh.

Although this would be Ollie’s first ever race among the much quicker sports-prototypes that share the ELMS grid, he expertly tempered outright speed with traffic management, and overcame a light rain shower, to haul the BMW up to fourth despite the extra Balance of Performance weight starting to take its toll on the brakes.

P4 then became third on the final lap when the Lamborghini ahead was forced to pit in order to avoid a maximum “Pro” driver time infringement.

The team left the Italian circuit on Saturday evening delighted to have maintained leads in both the Drivers’ and Teams’ championships ahead of the next ELMS round at Austria’s Red Bull Ring on July 19/20.

Ollie Millroy, Ecurie Ecosse Driver: “We lacked pace in the dry at Imola so I think we did extremely well to come away with a podium, and it proves that our overall strategy is correct. Races like this are extremely important when trying to win a championship. We’ve got a lot to work on before Austria to ensure that we can maintain our points lead.”

Andrew Smith, Ecurie Ecosse Driver: “Imola is full of atmosphere and it was a privilege to race our BMW there at such a high level. The aim was to maintain our championship lead and we achieved that, but the GTC class is getting much more competitive now and with very few other cars running Bronze drivers we are going to have to work extremely hard to keep it up.”

Joe Twyman, Ecurie Ecosse Driver: “Every time I get in the car I am learning, so to come away with a podium from my first ELMS race was fantastic. The Barwell crew were superb as always and sharing the car with Andrew and Ollie is always a pleasure. I am not in the car again until the Hungaroring in September but I will continue to work hard on my fitness and in the simulator in order to pick up where I left off in Italy!”

Mark Lemmer, Barwell Motorsport Team Principal: “We struggled a bit for pace at Imola with the substantial extra Balance of Performance weight we had to carry, but I’m really satisfied that with some good strategy calls we managed a very strong points haul.”

Ecurie Ecosse’s next competitive outing sees the team head to Silverstone for round four of the British GT Championship on May 26 where they will field regular drivers Bryant and Attard.