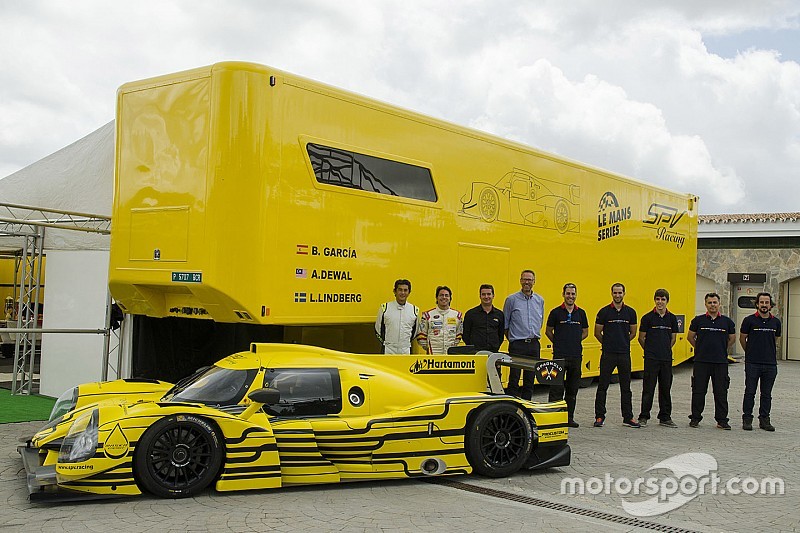 The Swedish team will enter the penultimate round of the 2016 European Le Mans Series at Spa-Francorchamps before shipping the car off to compete in the Asian Le Mans Series. The team will also undertake the Mugello VdeV event as their maiden outing.

Garcia competed in two GP2 seasons with Racing Engineering and Durango in 2005 and 2007. His most successful season in racing was in 2006 when he was runner-up in the Formula Renault 3.5 series with RC Motorsport.

Ashraff Dewal competes in single-seaters, Sprint and Endurance races in Asia. Having raced an Audi R8 for the past three seasons, Dewal makes the step up to LMP3 for 2016.

“Ashraff is an experienced driver with a good track record that also brings the knowledge we need to run successfully in Asia.

"It's great that our first car now has a really strong driver line-up, so we feel the time is right to consider adding a second car to our Asian Le Mans Series participation.”

SPV Racing are also considering the option of fielding a second car for the Asian Le Mans Series, with a number of drivers expressing their interest in joining the team.

“It has been a good experience coming to Europe and Ascari Race Resort to prepare for the Asian LeMans series,” commented Dewal.

“Ascari is a wonderful but challenging track and I’m very happy with the car handling and my own performance.

"Now I will be spending more time with the team and getting to know them and the Ligier LMP3 before we take on the Asian Le Mans quest. I look forward especially to race at Le Mans in the future too sample the famous Le Mans spirit.”

SPV Racing was formed through a partnership between Swedish Team - Spirit Racing, owned by Lars GV Lindberg and SPV Motorsport owned by Raul Garcia who are the main agents for Radical Sportscars in Spain.

His combination of young driver development, commercial prowess and sportscar preparation over several years, has formed a new team that has a very strong set of resources available.

Conway joins Thiriet by TDS for Paul Ricard ELMS round

Didier Artzet: The French F1 talent that slipped through the net