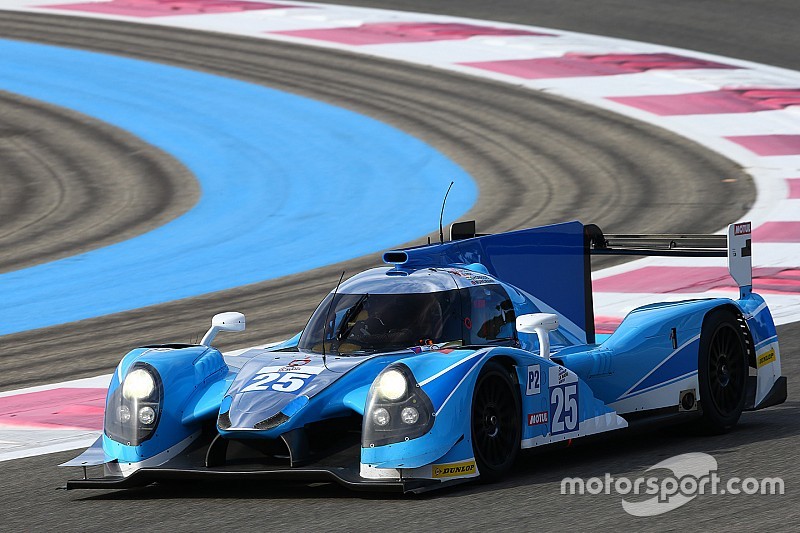 Parth Ghorpade will make his sportscar debut this year, racing in the European Le Mans Series with Algarve Pro Racing.

“I’m really happy to be working with Algarve Pro Racing, there is a really good atmosphere and buzz around the team," said Ghorpade upon the announcement.

"I look forward to a long association with them. I will do my best to live up to their expectations and confidence they have shown in me.

The Indian makes a switch to sportscar racing, after having competed in single-seaters in his career until now.

“The switch for me from single-seaters to a prototype was not as easy as it looked, but as I got more miles in the car I began to feel more at home," he said.

"It’s a fantastic car to drive and racing in ELMS with some big motorsport names is going to be a fantastic opportunity for me.

"I’m really looking forward to working with Chris, Michael and Andrea and can’t wait to get started,” added the Go Motorsport Management-managed driver.

Ghorpade will partner Munemann for the whole season, with Hoy racing in the first two rounds at Silverstone and Imola in preparation for the Le Mans 24 Hours.

The British cycling legend will then give way to Pizzitola, who will join Munemaan and Ghorpade for the final four rounds at Red Bull Ring, Paul Ricard, Spa and Estoril.

The Indian, however, will not race at Le Mans, with Munemann, Hoy and Pizzitola taking up the driver duties.

Speaking on Ghorpade's signing, team principal Stuart Cox was impressed with the Indian: “We are really happy to have signed Parth.

"He tested recently at Paul Ricard and we were very impressed with his maturity and focus.

"Given the limited time Parth had in the car we were really impressed with how quickly he adapted to LMP2 car, and how quickly he got up to speed," Cox added.

The 22-year-old was the first from India to test with the Ferrari Driver Academy, and has competed in Euroformula Open, along with French F4, Formula Renault 2.0 Alps, the MRF Challenge and Formula Pilota.