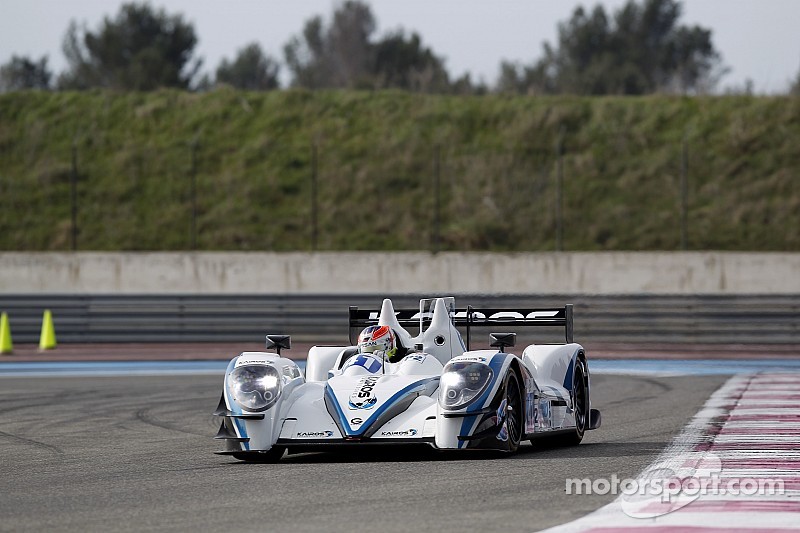 The Gibson LMP2 car continued to top the timing screens at Silverstone this afternoon but this time it was the Greaves Motorsport example that headed the way.

Filipe Albuquerque’s 1m50.017s lap this afternoon was good enough to ensure another 1-2 for the Gibson Technologies designed and developed LMP2 car.

Murphy Prototypes were third fastest with Nathanael Berthon setting the best time in the Oreca 03-Nissan. Another of the venerable Oreca 03s rounded out the top four with Maurizio Mediani at the wheel, but was a second behind the two Gibson 015S cars.

In the LMGTE class the AT Racing Ferrari driven by Alessandro Pier Guidi led the class with a best of 2:01.248s.

Greaves on pole at Silverstone ELMS