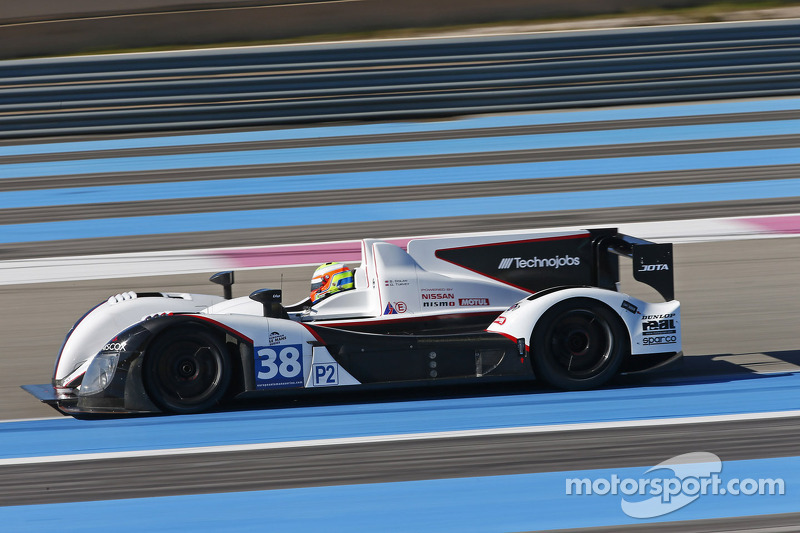 Final testing before the start of the ELMS

This morning it was on a wet and cold track that the European Le Mans Series competitors began their first free practice session of the day. But the sun made an appearance and it was in warmer conditions, although still on a wet track, that the second session was held this afternoon.

Drivers were thus able to experience several different types of track conditions while settling themselves behind the wheel of their cars, into their teams and to find their way around the circuit.

Lap times set in free practice are not representative of what the teams might do in qualifying or in the race tomorrow...

Signatech Alpine set the fastest time of the first session this morning (Nelson Panciatici - 2:06 '179), while the best time of the day in LMP2 was established by the English Jota Sport team's Zytek Z11 SN Nissan, during the second session of the day (Oliver Turvey 1:51 '699).

Philippe Sinault Team manager - Signatech Alpine: "Today in testing our aim was to make sure everything worked correctly – the team, the drivers and the car. We had a programme which we worked through satisfactorily. These tests were also the first opportunity to run with Michelin tyres. All this required a little period of adjustment and we are confident for the rest of the weekend. "

Team Endurance Challenge had to play the discovery card today. Five of the six drivers competing in the three LMPCs on track are novices in prototypes. Some among them have never driven at Silverstone, and the day's track conditions were not normal!

Alex Gibot, part of Team Endurance Challenge's management, was quite confident after the team's first day: "For some of our drivers this is their first time racing prototypes, so today's testing sessions have been mainly about learning and development. Together we have much to take in and track conditions changed significantly during, and between, sessions. All drivers have improved today guided in their learning by Nicolas Minassian. "This morning, the No. 48 of Alex Pons and Soheil Ayari was the fastest of the three, then this afternoon the No. 49 of Paul Loup Chatin and Gary Hirsch took the lead.

In LMGTE the No.52 Ferrari 458 Italia, in the hands of Ram Racing's Matt Griffin, was fastest in the first session, while the Porsche 911 GT3 RSR of Proton Competition (Christian Reid / Gianluca Roda / Nicholas Tandy) claimed the best time this afternoon of 2:03 '454.

Finally, the GTC class lived up to its billing... Momo Megatron DF1 placed its Audi R8 LMS (Raffi Bader / Dylan Derdaele / Kuba Giermaziak) on top of the standings this morning with a time of 2:21 '283, and the only BMW on track, Ecurie Ecosse's Z4 (Ollie Millroy / A Smith / A McCaig) set the fastest time of the afternoon, 2:05 '543.

From 13:00 to 13:30 the National Paddock will host the first autograph signing session of the season, an opportunity to get close to the cars and drivers of the European Le Mans Series.

Finally at 15:00 be ready for the first race of the 2013 season, the 3 Hours of Silverstone, the launch of Europe's endurance racing season!