Round 1: 6 Hours of Le Castellet Preview

The opening round out of the five events for the 2011 Le Mans Series kicks off this coming weekend with the 6 hours of Le Castellet at the Circuit Paul Ricard with the first practice on the 1st of April. This famous testing circuit and a former F1 venue is located between Toulon and Marseille at the Southeast of France. Le Castellet is also very well known by most of the teams and drivers where many of them took part in the LMS official test a few weeks ago. The season is expected to be very tight and competitive in all classes.

The main interest of the weekend and the race favourites for many will of course be the Aston Martin Racing who will debut their all new AMR-One prototype driven by the #009 squad Stephan Mücke/Darren Turner/Harold Primat. The car has claimed a lot of critisism due to its new look and the positive info heard about the new car during the tests at Snetterton, thus it is still believed to be the fastest petrol car around. 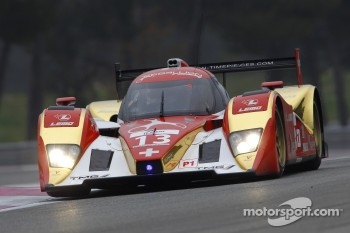 The year of Rebellion Racing?

When it comes to the championship the main favourites to win the title are Rebellion Racing. They enter the race with the win in their minds after very succesful official testing and after a very good outing at the American Le Mans Series 12 hours of Sebring event, which was the first event for the teams that will campaign for the 2011 Intercontinetal Le Mans Cup. The team will enter two Lola-Toyota´s, both with strong squads. The #12 (Nicolas Prost/Neel Jani) and the fastest car of the official test, the #13 driven by Jean-Christophe Boullion and Andrea Bellichi.

Also the comeback of the Pescarolo will surely be one of the hot topics of the weekend. The 2010 spec updated Pescarolo-Judd was at the pre season test and until now it has not run a full race but it will surely look to make an impact. The famous Pescarolo-Judd will be driven by a very well known trio of Emmanuel Collard/Christophe Tinseau/Julien Jousse. Another contender that needs to be mention as well is the Quifel-ASM Team Zytek (Miguel Amaral/Olivier Pla). The team made the jump to LMP1 from LMP2 after having some strong outings last season. At the official test, them were putting up really competitive times on the boards and were equal with the pace set by the fastest team of the test, Rebellion Racing. Quifel-ASM´s only concern might be the Dunlop tyres. But many experts through, have said that Dunlop is almost equal with Michelin.

The last entry for LMP1 is a newly formed Belgian team, Guess Racing Team Europe (Philippe Hazebrouck/Wolfgang Kaufmann). The team will be using a Lola with Cooper Tyres. Their pace is yet to be seen so only the time will tell how competitive they will be.

The new winds could be blowing at LMP2. The talks, the official test and even the Sebring 12 hours of ALMS/ILMC, already showed that some packages might have been adapted to the new rules a bit better than a few others. Example the Oreca 03´s with Nissan and Judd packages used by three teams #40 Race Performance(Michel Frey/Ralph Meichtry/Thor-Christian Ebbesvik), Boutsen Energy Racing (Dominik Kraihamer/Nicolas de Krem) and the fastest team for the official tests, TDS Racing with drivers Mathias Beche and Pierre Thirietare are expected to put fast times to the boards while the current champions RML (Mike Newton/Tommy Erdos/Ben Collins) at the official test were finding it hard to be close to the top, beeing outpaced by 3 seconds to the fastest time in class. Also the 2nd early favourite, Strakka Racing (Nick Leventis/Danny Watts/Jonny Kane) using the similar HPD-ARX01 is expected to suffer a bit but its also expected that their pace will get way better during the season. Only the time will tell through.

Who are then the favourites? 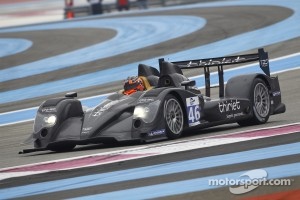 Of course you cannot count out out teams like RML or Strakka Racing but of the already mentioned ones, I see Pecom Racing to be really strong with their Lola. The line up is very professional (Luis Perez Companc/Matias Russo/Pierrre Kaffer) and they ended 2nd fastest at the official test a few weeks ago. LMP2 actually might turn out to be the most interesting one to watch this season as the results as these two LMP2 giants, RML and Strakka Racing, might be a bit vulnerable at the start of the season.

Entering its third season, FLM has quickly gained its place on the grid. This year only five teams will enter the first round of the championship but it is still expected that most of the FLM cars will take the fight to some of the LMP2 cars once more. Its hard to name a favourite but #92 Neil Garner Motorsport (John Hartshorne/Steve Keating/Phil Keen) was the quickest at the official test by a margin of a second to the 2nd quickest team: JMB Racing. Still the true favourite to win the 1st race has to be the American Genoa Racing (Jens Petersen/Elton Julian/Christian Zugel). Will be interesting to see if any one of the European teams can challenge them. Two other teams to enter the first round are the last year,s runner up, Hope Polevision Racing (Luca Moro/Michael Tinqueli/Zhang Shanqi) and Pegasus Racing (Mrico Schultis/Patrick Simon) which also by the latest info will run a two car team during the weekend by entering their another car, a Courage-Oreca on the LMP2 class.

GT Preview
Porsche vs Ferrari at both LM GTE Pro and LM GTE AM?

It´s hard to see any other than Porsche vs Ferrari in both the newly named GTE PRO and GTE AM classes (it will happen anyway) but maybe the Aston Martin teams: JOTA (Sam Hancock,Simon Dolan) and Young Driver AMR (Tomas Enge,Alex Muller) can mix up the pack a bit at LM GTE PRO. In the end both Aston Martin teams have really capable crews to do so and also at the official test day, them were both close to the top, ending up to 6th and 7th fastest respectfully beeing a bit more than a second off the quickest time.

Still the main favourites can be found from the familiar teams like Team Felbermayer Proton (Marc Lieb/Richard Lietz), IMSA Performance Matmut (Raymond Narac,Patrick Pilet) in their Porsche 911 RSR´s and AF Corse with 2 cars #51 (Giancarlo Fisichella/Gianmaria Bruni) and #71 (Jaime Melo/Tony Vilander), and of course not to leave without a mention, the always very fast German team Hankook Team Farnbacher (Dominik Farnbacher/Allan Simonsen) all with Ferrari F458 Italia´s. Also to pick someone who can surprise at the race, you have to go for Prospeed Competition Porsche 911 RSR driven by Marco Holzer and Richard Westbrook. 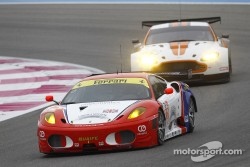 Only Ferraris and Porsches will be on the first LM-GTE AM grid and by the teams, pretty much the same favourites with different drivers and older spec cars due to regulations. As top favourites to win the title, would lift up both Porsche teams, IMSA Performance Matmut(Raymond Narac/Nicolas Armindo) and Team Felbermayer Proton (Martin Ragginger/Christian Ried/Patrick Long) . Both of them also have good chances to beat some of the LM-GTE Pro teams and mostly as already seen Porsches are also extremely reliable. The Ferrari F430 teams lineup is not bad neither, lead by AF Corse and 2 cars of #61 (Piergiuseppe Perazzini,/Marco Cioci/Stephane Lemeret) and #72 (Robert Kaufmann/Rui Agues) but somehow, at this time, it is hard to see them having a lot of wins this season. The other two remaining entries are both driving Ferrari F430s for the Kessel Racing team (Michael Broniszewski/Philipp Peter) and CRS Racing (Klaas Hummel/Adam Christidoulou/Phil Quaife) .

The magic moments that made Murray Walker an F1 legend

Norris: Being McLaren F1 team leader "is my goal"