The fifth and last round of the 2011 Le Mans Series will take place on the Estoril circuit near Lisbon on 23‐25 September. While some titles are already in the pocket, others are still up for grabs! This is the case in LM P1 where the final showdown will take place between Rebellion Racing and Team Pescarolo; and also in LM P2 with Greaves Motorsport poised to win its first title in the Series.

After the thrilling Autosport 6 Hours of Silverstone, the Le Mans Series heads south to finish its season beside the River Tagus and the Atlantic ocean in the Estoril 6 Hours, a stone’s throw from Lisbon. After a long season, the teams and drivers will have a final opportunity to shine in the Portuguese round, win titles or save their honour after a few difficult events.

The Pescarolo team, which made a good start to the season with a win at Le Castellet, has found itself up against increasingly tough opposition from Rebellion Racing in the title chase. The two squads were dead‐heating before Silverstone where the Swiss outfit’s fourth place gave it the lead. In the drivers’ classification Jousse‐Collard‐ Tinseau still have a point in hand over Bellichi‐Boullion. The outcome will be decided between the two teams and their top driver line‐ups in Portugal. 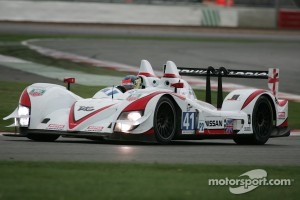 The championship has already been decided in LM GTE Pro as the AF Corse team has won almost all the rounds this season (three victories plus a second place), and can no longer be caught. Giancarlo Fisichella and Gianmaria Bruni, who form a skilled harmonious pairing, will be determined to finish the season on a high note and beat their most dangerous rivals, the Hankook Team Farnbacher and Felbermayr‐Proton squads.

In LM GTE Am, IMSA Performance Matmut scored a decisive victory at Silverstone. Raymond Narac and Nicolas Armindo have won three times on the trot, and want to add a fourth success to their tally on the tricky Estoril circuit. AF Corse, which could have pulled off the double GTE Pro‐GTE Am, will try and end its 2011 campaign with a victory. 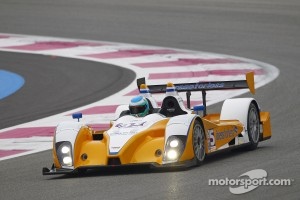 Pegasus Racing is also poised to win its first Le Mans Series crown after Julien Schell‐Mirco Schultis‐Patrick Simon clinched the drivers’ title at Silverstone. The French team has had an almost perfect year with three wins and a second place, having beaten its most serious rival Genoa Racing in each race. The American team is giving the Estoril 6 Hours a miss leaving the door open for JMB Racing to snatch second place.

Supporting races for the Portuguese round of the Le Mans Series include the Radical Masters, Classic Endurance Racing and the Speed Series events.

Video Inside
Other open wheel