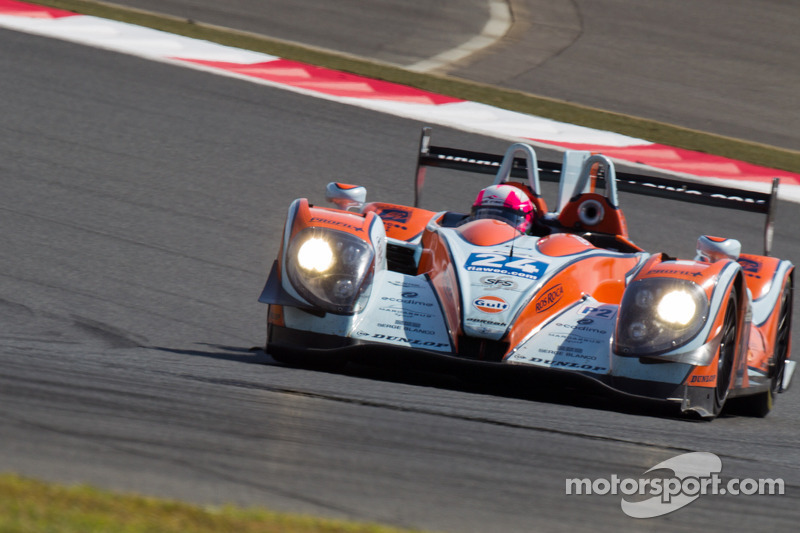 Petit Le Mans will bring the curtain down on both the European and American Le Mans Series seasons in the United States this Saturday (October 20), with OAK Racing and its #35 Morgan-Nissan 2012 LM P2 aiming to capture the ELMS title. 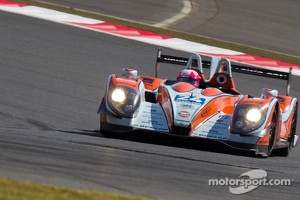 LM P2 is the European championship’s premier class and one that the French team has high hopes of conquering. Indeed, it currently occupies second in the standings ahead of the 10-hour/1000-mile, double points finale after scoring victory at the 6 Hours of Donington last time out. The race nevertheless promises to be extremely competitive with over forty cars, including eight LM P2s, battling around Road Atlanta’s demanding four kilometre-long circuit.

Team owner and ‘silver’ grade driver Jacques Nicolet shares the wheel of #35, which will again carry the iconic blue and orange racing livery of Gulf Oil International, with fellow Frenchman Olivier Pla. The pair scored a podium together in the FIA World Endurance Championship round at Fuji last weekend and are now joined by Belgian ace Bertrand Baguette. All three, as well as the team, have travelled to the US between contesting the final two FIA WEC rounds in Asia. But despite the inevitable strain on logistics, the squad retains great enthusiasm for the event.

Petit Le Mans also offers an opportunity to meet up with Conquest Endurance, which has achieved great success and many podium finishes with their #37 Morgan 2012 LM P2 in the ALMS this year. Conquest is also the official North American importer of the prototype designed and built by OAK Racing’s manufacturing department Onroak Automotive.

Sébastien Philippe, Team Principal: “Our goal for the final round of the ELMS at Petit Le Mans is clear: to win the title and score our second victory following the 6 Hours of Donington. Olivier and Bertrand also have every chance of doing well in the drivers' championship so we’re hopeful that both scenarios will play out favourably. This will be our third consecutive appearance at the race where we scored an LM P2 class podium in 2010. We are delighted to be returning to a circuit that remains very popular with drivers and fans, likely because of the many safety car periods that create uncertainty and force teams to adopt a specific strategy for this type of event. The atmosphere at the American circuits is also very special and it’s very exciting to race in front of such an enthusiastic crowd.”

Bertrand Baguette, #35 Morgan 2012 LM P2: “I want to thank OAK Racing for offering me the opportunity to participate in this great event, Petit Le Mans. It is always a special feeling for me to compete in the US following my cherished memories from racing in IndyCar. I don’t know the Road Atlanta track but am confident of forming a strong crew with Olivier and Jacques. It bodes well for the race.”