The ORECA 03 shows its potential...

The 6 Hours of Le Castellet marked the beginning of the Le Mans Series, with three ORECA 03 in LMP2 and five ORECA-FLM 09 in Formula Le Mans. Although they were unable to concretise the potential of their prototype, TDS Racing, Boutsen Energy Racing and Race Performance had a good showing in LMP2 on the Paul Ricard HTTT circuit. In Formula Le Mans, Pegasus Racing took the win ahead of Genoa Racing and Neil Garner Motorsport. 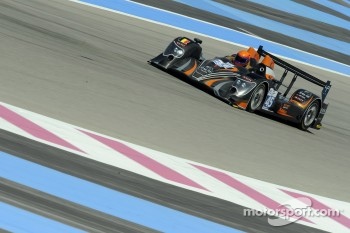 Beginning with practice, the ORECA 03s were up front. After Signatech-Nissan at Sebring, TDS Racing gave the ORECA 03 its second pole position in two races! A great performance complemented by Boutsen Energy Racing, with the second fastest time, and Race Performance in fourth. Unfortunately, these good starting positions could not be translated to the results of the six-hour race..

TDS Racing then Boutsen Energy Racing held the lead for a good portion of the race. After a chaotic start to the race the safety car having not left the track during the start in the middle of the pack, the two ORECA 03s of TDS Racing and Boutsen Energy Racing avoided the turmoil to quickly make their way to the top of the class, with a good fight between drivers Mathias Beche and Dominik Kraihamer.

After the first half-hour, TDS Racing was even leading the overall classification! Boutsen Energy was close behind, in a solid second place in LMP2. The top three would be shuffled a few laps later, with Kraihamer giving way to the Zytek/Greaves machine. Meanwhile, Race Performance was just out of fifth place in class.

After a great start, TDS Racing was forced to pit with a steering problem with the No.46 losing fifteen minutes before the halfway point. Boutsen Energy Racing took over the lead in class and third overall but alas, the Belgian team fell victim of a battery problem while Nicolas De Crem was at the controls.

And although TDS Racing was forced to retire after an off track excursion, Boutsen Energy Racing would rally to finish just outside the podium after a good comeback from Kraihamer/De Crem. As for Race Performance trio Frey/Meichtry/Ebbesvik, they would cross the finish line in sixth place.

Mathias Beche : From FLM to the pole in LMP2!

After two seasons in Formula Le Mans, Mathias Beche continues his career behind the wheel of a prototype designed and built in Signes, proving that the all ORECA-FLM 09 class is a good feeder class. The Swiss driver took pole in LMP2 before completing a good double stint during the race.

Despite a retirement, he concludes that his LMP2 debut was positive: "We are disappointed that we weren't able to rally to the finish, but we were in the fight all weekend. We are happy with the ORECA 03 potential, which is turning out to be the weapon of choice in LMP2! The car is brand new and the team is making its debut in sportscar racing: we are still in a break-in stage."

The runner-up in Formula Le Mans 2009 is satisfied with his teammate's first steps in a prototype: "Pierre has not stopped progressing all along the meeting. He was having a good stint until the retirement. It's a shame that Jody (Firty) was unable to drive. The team is confident for the next round. The car is really well designed: the chassis is incredible." 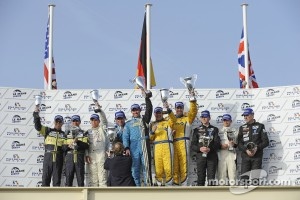 In Formula Le Mans :
-Pegasus Racing wins after a strong race of Schell/Schultis/Simon.
-Genoa Racing, winner in LMPC at the 12 Hours of Sebring, takes 2nd place with Julian/Zugel/Petersen.
-Neil Garner Motorsport and Keen/Hartshorne/Keating are also on the podium.

The 6 Hours of Le Castellet was anyone's race in Formula Le Mans. At the end, it was Pegasus Racing that took the win after a smart race by Schell/Schultis/Simon. Patrick Simon was proud at the end: "It was an incredible race for us, where it all could have been over at the start with that incomprehensible green light...while the safety car was still on track! Everyone suddenly slowed and it was a miracle that we missed hitting anyone. We couldn't have hoped for this result and I'd like to thank the whole team."

After Nicolas Marroc's pole position, Chinese driver Zhang Shangi (Hope Racing) took the start from the front of the pack. Several teams would swap the lead back and forth, starting with Neil Garner Motorsport. The British team was then forced to change a louvre before a fuel leak slowed the No.92 down further. Another louvre change would eliminate all hopes of victory for the Neil Garner team, finishing third with Keen/Hartshorne/Keatin. Genoa Racing, winners of the LMPC class at the 12 Hours of Sebring, then took over the lead before also being held up. The American team, for its European debut with Julian/Zugel/Petersen, would have to settle for second place. Hope Racing thought to have the race in hand, but a problematic clutch forced the Swiss team to retire shortly after the halfway point. JMB Racing, with Rodrigues/Misslin/Menahem just missed the podium after technical problems at the beginning of the race.

The next race will be May 7 at Spa-Francorchamps, with the addition of the Intercontinental Le Mans Cup competitors.

More from
Signatech
Video Inside
WEC