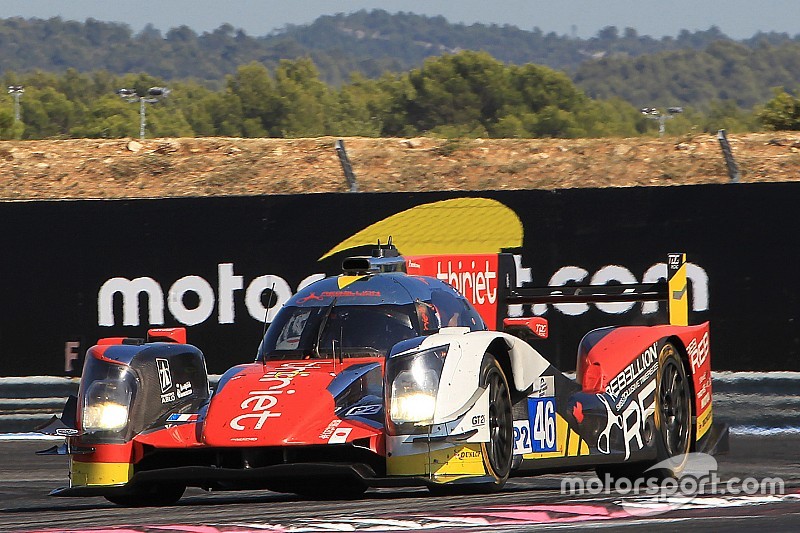 Thiriet by TDS Racing claimed pole position for the Paul Ricard round of European Le Mans Series, as championship leaders G-Drive trailed down in ninth place.

The #46 TDS Oreca 05-Nissan, in the hands of Mathias Beche, held provisional pole before the Swiss bettered his benchmark to 1m47.033 to distance himself further from the rest of the field.

With Nicolas Lapierre in the Dragonspeed Oreca missing the chequered flag and unable to set another flying lap, Beche, Pierre Thiriet and Toyota WEC regular Mike Conway became the first repeat polesitters of 2016.

The #41 Greaves Motorsports trio of Memo Rojas, Julien Canal and Nathanael Berthon were third fastest in the best of the Ligiers, albeit over a second off the pace of Beche.

The #26 Tockwith Motorsports duo of Nigel Moore and Phil Hanson were dominant in the LMP3 class, with the former’s time of 1m54.006s nearly eight tenths clear of the rest of the field.

The #2 United Autosports entry of Alex Brundle, Michael Guasch and Christian England, winners of all three races so far, had to settle for fourth place, with Brundle’s fastest time a second slower than Moore’s.

The #55 AF Corse entry of Duncan Cameron, Matt Griffin and Aaron Scott was third fastest in qualifying, while the two Proton-run Porsches trailed at the back of the table, with the #88 car not venturing out at all in qualifying.