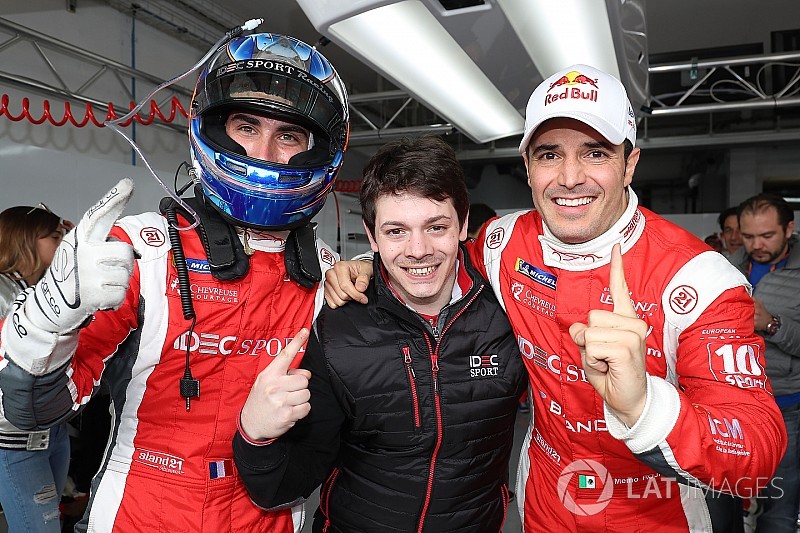 IDEC Sport claimed pole position for the opening round of the 2018 European Le Mans Series season at Paul Ricard as Oreca locked out the top six spots on the grid.

Paul-Loup Chatin led after first runs with a 1m41.53s flyer in IDEC’s #28 Oreca, before improving further still to 1m41.194s to seal pole position.

Will Stevens was the top qualifier for Ligier, placing the #23 Panis Barthez Competition JS P217 seventh.

Henrique Chaves had set a purple second sector in the #30 AVF Dallara and had looked set to upset the frontrunners, only to be unintentionally blocked by the #27 IDEC Sport Norma of Patrice Lafargue when he spun at the final corner.

The session was earlier red flagged with six minutes to go when Bruno Senna’s United Autosports Ligier stopped at Turn 2 with technical issues.

The #17 Ultimate Norma of Matthieu Lahaye and the #15 RLM Ligier of Job van Uitert were engaged in a two-horse race for pole for much of the session, with the Frenchman staying ahead.

However, several seconds after the chequered flag was dropped, Droux, who had been trailing in third position, went atop the timesheets with a time of 1m51.930s.

Van Uitert also managed to edge ahead of Lahaye’s provisional pole time by 0.016s, albeit by exceeding track limits in an incident that remains under investigation.