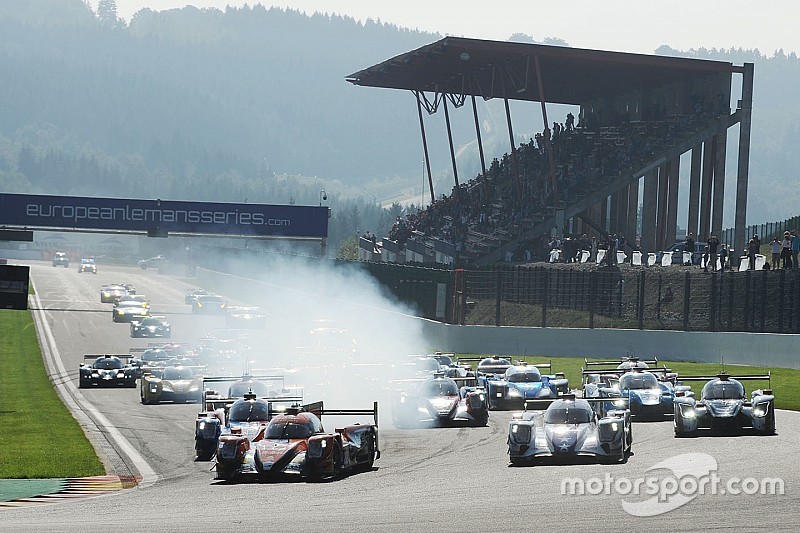 Graff Racing scored its first win of the 2017 European Le Mans Season at Spa-Francorchamps, despite a late race penalty for the #40 crew of James Allen, Richard Bradley and Gustavo Yacaman.

The #32 United Autosports squad led the first half of the race, having taken over the lead at the start from the two DragonSpeed-run cars.

Exactly at the midway point, Graff made an easy pass over the United Autosports entry at Les Combes to take over the lead.

From there on, the French squad looked unthreatened, with Bradley coming out from his final fuel stop 18 seconds clear in the last 20 minutes.

However, with just over two minutes remaining on the clock, Bradley was handed a drive-through penalty for overtaking the #27 SMP Racing Dallara outside the track limits.

The Englishman dived into the pits to serve his penalty on the penultimate lap, coming out just ahead of the #22 G-Drive of Ryo Hirakawa.

Hirakawa rapidly closed in on Bradley, particularly in the last sector, but the 26-year-old held onto the lead to hand Graff its first victory of the season.

However, the Paris-based squad remains under investigation for another alleged breach of rules.

Meanwhile, the G-Drive crew of Hirakawa, Memo Rojas and Leo Roussel extended their championship lead with second place, despite serving a drive-through penalty of their own in the final hour.

The #27 SMP Racing duo of Matevos Isaakyan and Egor Orudzhev finished third after holding off a late charge from the United Autosports’ Filipe Albuquerque, William Owen and Hugo de Sadeleer.

The #21 DragonSpeed car of Ben Hanley, Nicolas Lapierre and Henrik Hedman finished half a minute adrift of the race winner in fifth, having lost a significant chunk of time in the first half of the race.

AT Racing’s Mikkel Jensen and Alexander Talkanitsa father-son duo took the LMP3 honours after passing the #2 United Autosports entry in the first 30 mins.

The Austrian squad took its first win of the season despite being given a drive-through penalty for a pit stop infringement.

Spirit of Race took its third successive ELMS win of the season in the GTE class, but it was the #51 crew of Andrea Bertolini, Gianluca Roda and Giorgio Roda that triumphed this time.

Le Mans GTE-Am winning outfit JMW Motorsport finished second with Jody Fannin, Robert Smith and Will Stevens behind the wheel of the #66 Ferrari.