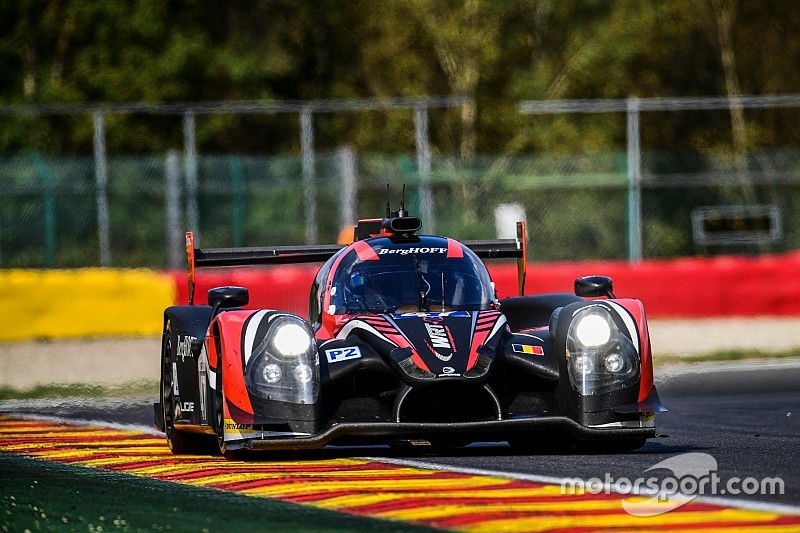 The podium came for Will Stevens, Dries Vanthoor and Laurens Vanthoor after an incredible weekend of hard work and mixed emotions

Team WRT made a stunning debut in the European Le Mans Series, taking a superb 2nd place in front of home fans at Spa-Francorchamps. When the Onroak Ligier JS P2 Judd of Will Stevens, Dries Vanthoor and Laurens Vanthoor took the flag, a sense of achievement invaded all the members of the team, as the podium came after an incredible weekend of hard work and mixed emotions. After a crash in free practice, the car suffered heavy damage that required the chassis to be changed after qualifying. A full night of relentless work made it possible for the Ligier to be on the grid, and the race, which the Ligier even led during the central part, proved once again the strength of Team WRT.

“This will be another nice story to tell and to remember in a few years” reckoned Team Principal Vincent Vosse, “To finish on the podium after having been close to be forced to withdraw, is simply fantastic. The entire team has done a terrific job. To see the car on the grid was already a success, and to finishes second really tastes as victory. For the rest, the only thing I can say is that we enjoyed this one-off tremendously. We’ll be back.”

It was one of the most horrible stints in my life

With only a shake-down session at Magny-Cours on the Tuesday, the Onroak Ligier JS P2 did well in free practice 1³, taking P6, but drama struck right at the beginning of free practice 2, when in his second lap, Laurens Vanthoor went off in the left-hander after Bruxelles because of a jammed throttle. The car sustained heavy damage, but was ready for qualifying on Saturday, where it took P8, but did not perform to the entire satisfaction of the drivers and the team. A thorough examination revealed a crack in the carbon monocoque, probably resulting from the crash in the morning.

The weekend might well have finished there, but the team took to engage in a race against the clock to get a new chassis and rebuild the entire car. In the process, it was decided also to change the engine. It was an intense night of work for the Team WRT mechanics, who managed to have the rebuilt Ligier ready on time for the race on Sunday, and in much better form. “The spare chassis arrived from Le Mans at 2 in the night”, explained Sporting Director Pierre Dieudonné, “and rebuilding of the car was finished few minutes before the opening of the pit lane.”

Will Stevens took the start, climbing immediately into P6. The team used the first safety car period, some twenty minutes into the race, to make the first pit-stop, a wise tactical move that allowed Stevens to climb position and give the car in P2 to Dries Vanthoor. “With so few laps of practice, it wasn’t easy at all to get a feeling of where we were with the car in those first laps”, admitted Stevens. Dries Vanthoor performed extremely well, taking the lead after 2hrs35 of action, and keeping P1 during his stint, quite long because of the rules (being a

Silver driver associated with two Platinum, he had a minimum race time of 1hour 40 minutes to serve). “It’s a pity we had such a long full yellow course at that time, as my pace was good”, said the youngest of the trio. Laurens Vanthoor took the wheel for the last stint and found himself in P2 once all the top-runners had pitted. “It was one of the most horrible stints in my life”, conceded the local hero, “I had no radio, thus no indication on pace, gaps, etc, while knowing we had to save fuel.” Laurens adopted a conservative pace but a last-minute splash-and-dash was necessary. Still, he managed to keep his second position and offer to the team a superb and well-deserved podium.