Turvey could return to ELMS with United Autosports 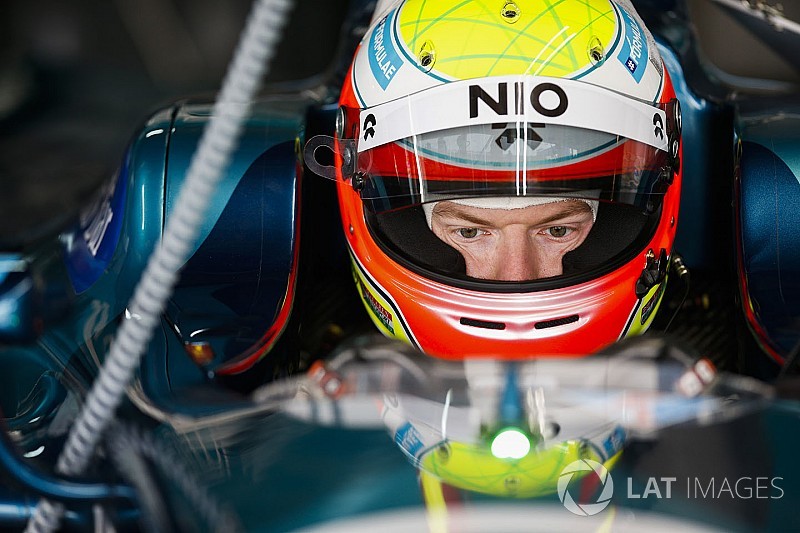 The NIO Formula E driver, who won LMP2 at Le Mans in 2014 with Jota Sport, is in the frame for the last remaining seat in United's pair of Ligier-Gibson JSP217s entered for the six-race ELMS.

Turvey was given a try-out with United at Aragon this week during a five-day Dunlop tyre test with a view to him driving alongside team regulars Hugo de Sadeleer and Will Owen.

United co-owner Richard Dean told Motorsport.com: "We tested Oliver because I've always rated him and wanted to give him a run.

"I'd like to get him in for the ELMS, but there is still a lot of work to do on my side to make it happen.

"He hasn't been in a P2 car for a while, so it made sense to give him some miles so that if the pieces of the jigsaw do fall into place, he's ready to go."

Dean explained that he was working on a commercial deal that would allow him to bring Turvey in for ELMS.

He stressed that Turvey, who is the McLaren Formula 1 team's lead simulator driver, wasn't currently in the frame to take one of United's two remaining seats for Le Mans in June.

Filipe Albuquerque and Phil Hanson will race United's other ELMS entry as a duo.

Turvey contested the full ELMS in 2013 in Jota's Zytek Z11SN, taking pole in four of the five races on the way to third position in the points with teammate Simon Dolan.

He was due to contest the 2014 World Endurance Championship with the Delta Motorsport-run Millennium Racing squad, whose plans failed to come to fruition.

He was brought back by Jota for Le Mans when Audi reserve driver Marc Gene was recalled by the German manufacturer after Loic Duval's accident in the Porsche Curves during practice.

His most recent P2 race outing came at Le Mans the following year with Jota.