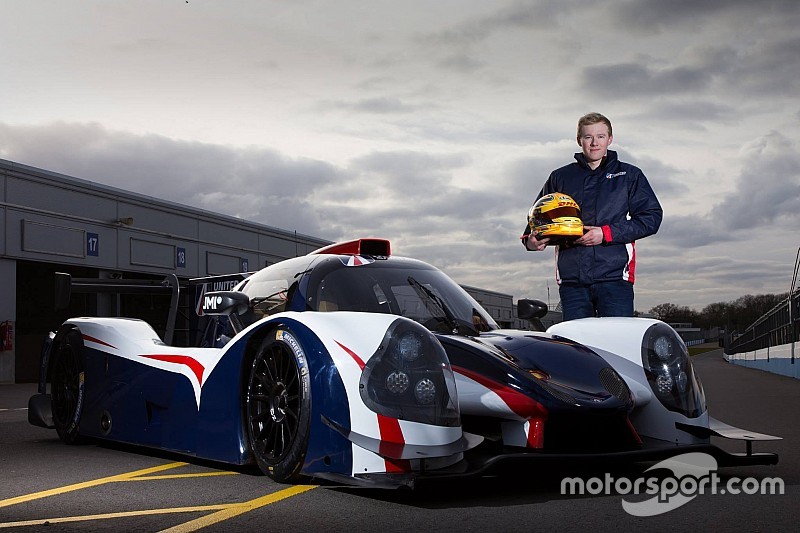 United Autosports have confirmed Wayne Boyd will join the team for their debut in the 2016 European Le Mans Series.

Wayne is the team’s final signing for the two-car Ligier JS P3 assault on the six-race championship. He will join United Autosports’ regulars, Mark Patterson and Matt Bell behind the wheel of the number 3 Ligier JS P3.

The 25-year-old won the British Formula Ford Championship and the ultra-competitive Formula Ford Festival in 2008. His dominant performance earned the Northern Irishman a nomination for the prestigious BRDC McLaren Autosport Award that same year. In 2014 Wayne won the Walter Hayes Trophy, following that up with his second Formula Ford Festival win in 2015. Wayne has also raced in the British Formula Three Championship, scoring an impressive win from outside the top ten in wet conditions at Donington Park in 2009. He has also raced at Macau and has shown his racing craft in America, claiming third in the 2011 US F2000 Championship.

United Autosports will now head to Imola, Italy, to continue their pre-season testing programme with both Ligier JS P3 cars and all six of their drivers ahead of the official ELMS Prologue at Paul Ricard, France. The 2016 ELMS season kicks off at Silverstone, UK on 15-16 April.

Wayne Boyd, Driver, United Autosports: “I'm absolutely delighted to join United Autosports and I’m very grateful for the opportunity. I've always followed the ELMS and wanted to be a part of it, especially in prototypes. I've known Richard for years and now to be able to work with him and United Autosports is fantastic. Massive thanks for all the people who have helped make this happen.”

Richard Dean, Team Owner and Managing Director, United Autosports: “We are really pleased Wayne is joining the team for our debut in the ELMS. I have been following Wayne’s career for a number of years now and he is a very impressive driver and will bring exactly what we need to the team. I’m thrilled to have finalised all six of our drivers now and I think we have a really strong line up. I can’t wait to get started.”