United Autosports prepare for 2017 season with official prologue at Monza 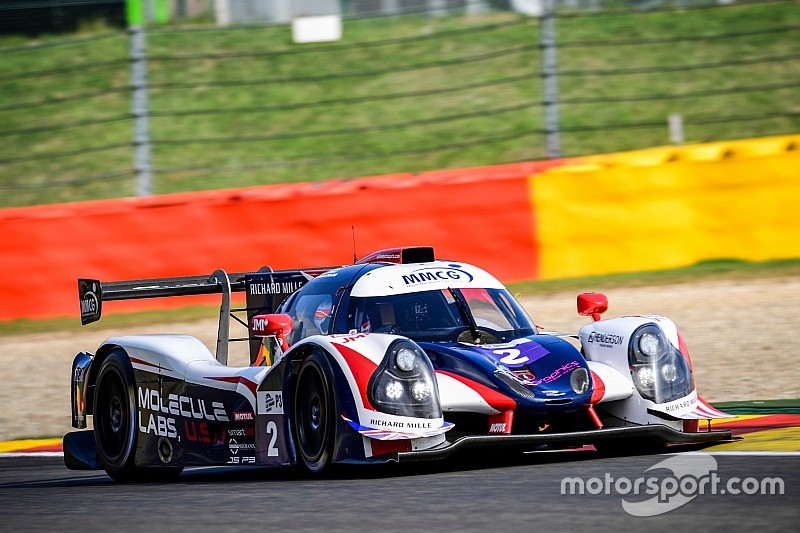 United Autosports will mark the start of the 2017 season next week as the team heads to Monza, Italy for the official European Le Mans Series Prologue.

The reigning ELMS LMP3 Champions will enter one LMP2 and four LMP3 cars into the two-day test. They will field a Ligier JS P3 for returning drivers Mark Patterson, Wayne Boyd and 2016 driver’s champion, Christian England. John Falb and Sean Rayhall will pilot the sister ELMS Ligier JS P3, while Will Owen, Hugo de Sadeleer and Filipe Albuquerque get behind the wheel of the team’s Ligier JS P217.

United Autosports previously raced at Monza in 2011 in the Blancpain Endurance Series in their Audi R8 LMS.

“I’ve never been to Monza but I’m excited to get out on track. It has a lot of rich history and a lot of famous races were held there so I can’t wait to drive it. Our first event with the team was a test in Portimao early February and although it rained constantly, it was fantastic. The car performed and I adapted to it well. The weather was a bit unfortunate and we got less dry running than I’d have hoped over the three days but our wet weather performance of the car was very good. I’m looking forward to the next time running with the team.”

“I raced at Monza before with United Autosports in the Audi and I can’t wait to get back there. Leaving Imola behind will be tough but there’s nothing quite like Monza. It’s great to be back with United Autosports for another year. Brendon [Hartley] sent me a note saying he’s going to buy me a dictionary so I can look up the definition of retiring. But it’s great to be back with the team. In the Portimao garage at their test earlier this year there was an unending stream of United Autosports cars, the set up is very powerful looking - LMP2s, LMP3s and an amazing collection of people. It’s a magnificent opportunity to race with them again.”

“I’m really looking forward to the Prologue and heading to Monza. I’ve never been before so looking forward to trying to learn the track. It’s a high speed circuit so there’s a few different things we can try. I think with our driver line up and the way we can work the driver time this year, is definitely an advantage and hopefully we can make the most of it. I’m looking forward to being back with Mark and racing with Christian. We got on really well last year so there’s no reason why that shouldn’t continue now we are team mates.”

“I’ve never been to Monza before but I’m really looking forward to it and hopefully it will stay dry. The partnership with my two new team mates, Mark and Wayne is pretty much as expected. We got on really well last year and we’ve definitely picked up where we left off. It’s also great to be back with Ken, my number one mechanic. It’s a long time since we worked together back in 2002 in our Formula Ford days, so its good to be back together again.”

“I can’t wait to head to Monza. I love the history of the circuit. From everything I’ve heard, the older circuits which have a lot of history behind them and the greatest stories are usually the best so I’m really excited for it.”

“I had a really strong weekend at Monza the last time I raced there so I know the circuit and I’m really looking forward to it. We’ve had some good tests in the LMP2 car. Unfortunately the Portimao test was very wet and tricky but we had a dry day at Paul Ricard a few weeks ago so I’m feeling more positive in the car now.”

“Monza is a fantastic track, I really like it. It’s a historic track - I hope we have some dry testing there so Will and Hugo can get more mileage and we can cover all the points necessary before the start of the season. I’m looking forward to that - Monza is a fast one!”

“Monza is one of those great, historical European circuits that is steeped in racing history, so it’s a great venue for the Prologue. As an American, I’m thrilled to be here across the Atlantic competing in the AERO Ligier JS P3 around the legendary Autodromo Nazionale Monza.”

“I’ve raced a couple of times at Monza, so I know the track well. It will be interesting with the really high speed areas and there’s a lot of history there, which makes it really special.”

“I'm really looking forward to testing at Monza and getting back out in the LMP3 car - it seems like a long time since we raced in Abu Dhabi! Monza is a great circuit, with lots of history so I'm really excited to head there. It will be great preparation for the first round of the Michelin Le Mans Cup.”

"I'm really excited to be going to Monza. It's a fantastic circuit with so much racing history so it will be great to get some mileage in the LMP3 car round there. It will be fun to be with the whole United Autosports team for the first time this year too. I loved racing the Ligier JS P3 in Abu Dhabi at the end of last year so I'm looking forward to getting out in the car again."

“It will be great to have all five cars out at Monza to kick off our 2017 ELMS season. We’ve got some great line ups this year and the team have now experienced a full season of ELMS so we are going into the year as prepared as we can be. I can’t wait to get going!”

“I’m excited to go to Monza. It will be great to see the whole team together for the first time. Monza is a fantastic circuit and it’s a great venue to host the ELMS Prologue. We started 2016 off well at the official Prologue at Paul Ricard last year, so fingers crossed we can do the same again this year.”