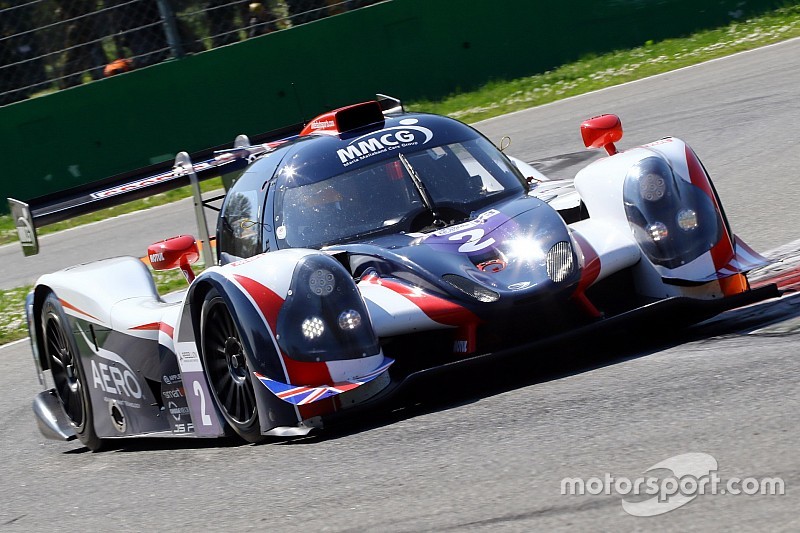 United Autosports are gearing up for the first race of the 2017 European Le Mans Series at Silverstone. The season opener will be the Yorkshire-based team’s home race, held on Easter weekend (14-15 April).

The reigning ELMS LMP3 Champions scored a one-two at the same event 12 months ago, as they raced their way to both the Team and Driver’s Championships. Driver’s Champion, Christian England returns to the team for 2017, this time alongside former team rivals Mark Patterson and Wayne Boyd in the #3 Ligier JS P3.

Preparing for their first race with United Autosports is American pairing John Falb and Sean Rayhall in the #2 Ligier JS P3. John and Sean set the fastest LMP3 time at the official ELMS Prologue at Monza only two weeks ago.

Silverstone will also be the scene of United Autosports’ first foray into a full-season LMP2 campaign with their Ligier JS P217 and drivers Filipe Albuquerque, Will Owen and Hugo de Sadeleer. The LMP2 team has covered plenty of pre-season mileage ahead of the first round at Silverstone, leaving them as prepared as possible for the opening race.

The 4 Hours of Silverstone weekend begins on Thursday 13th April with the first free practice session. Free practice two and qualifying is held on Friday 14th April, with the race beginning at 14:30 on Saturday 15th April.

Born: Dallas, Texas. Lives: Las Vegas, Nevada. Age: 45
“I’m very excited to get back to Silverstone and ready to go racing. I expect the team to be really strong there and to hit the ground running after a good Prologue for us.”

Born/Lives: Atlanta, Georgia. Age: 22
“I’m thrilled to be racing at Silverstone. It will be our first race with United Autosports. Obviously we have been testing and everything has been progressively growing really well and I’m very excited to get on and qualify and go for the race and see what happens. I think our relationship with the team is going really well and we are in a good position to start the season.”

Born: Port Elizabeth, South Africa. Lives: Montana, USA. Age: 65
“I’m really looking forward to Silverstone. It will be good to be back at a track we really love and know and with some downforce - we didn’t run with much downforce at Monza so it will be nice to get some grip back.”

Born: Belfast, Northern Ireland. Lives: Templepatrick, Northern Ireland. Age: 26
“I can’t wait for Silverstone. We had a really good result there last year coming second and it was a one-two for the team, but hopefully we can reverse the one-two so we can get a win - that would be great.”

Born: Barnsley, UK. Lives: Huddersfield, UK. Age: 35
“I’m really excited to get back racing and to race at our home circuit. We won at Silverstone last year and the team got a one-two, so we’d like the same again if we can.”

Will Owen (US), driver #32, United Autosports

Born: Plano, Texas. Lives: Denver, Colorado. Age: 22
“I’ve never raced at Silverstone but I’m definitely looking forward to it. From talking to people, it seems there’s a lot of high speed and commitment needed there. I have worked on that in testing and I’m sure the team will give us a good car for the race.”

Born: Lausanne, Switzerland. Lives: Monaco. Age: 19
“I think Silverstone is one of the big tracks of the championship and a home track for United Autosports, which is special. Racing a prototype for the first time at Silverstone is a new step in my career and Silverstone is a special place to make my debut.”

Born/Lives: Coimbra, Portugal. Age: 31
“Besides being a track that I really like, I have great memories from the past at Silverstone. I won last year in WEC and the year before I finished second in the ELMS. We will go to Silverstone to fight for a top result but we will not risk too much because at this phase the most important thing is to score points. I hope there will be good weather, because it always helps for a good show and with that I mean no snow like last year! This race will be very interesting because it’s the first duel between the LMP2 manufactures with the new regulations of 2017. I am sure many people will be watching to see how competitive each manufacturer is. ELMS is the only championship where Ligier, Oreca and Dallara are fighting together and that is very special and unique.”

“It’s awesome to start the 2017 season in both LMP2 and LMP3. We had a great race at Silverstone last year, winning and coming second in LMP3 so I’m hoping we can be as successful again. The pace at the Prologue in Monza was promising so there’s no reason why we shouldn’t be at the sharp end. For the LMP2 guys, it’s their first race so we will see how they get on. We’ve got a good line up in the Ligier JS P217 so fingers crossed for a good race.”

“We are all looking forward to Silverstone and the first round of the ELMS. Our LMP3 cars were quick at the Monza Prologue, with John and Sean setting the fastest LMP3 time of the two-day test. We scored a one-two last year in what was our debut race so it would be fantastic if we could be competitive enough to try and repeat that result this year. However, we are realistic and know those type of results are very rare and we are also very aware the whole field has really stepped up and there are some very professional teams out there. Our LMP2 car went well in Monza too. It’s our first race with the Ligier JS P217 so we will have to see what happens. We are confident with our line up in that car that we can be quick so fingers crossed for a good result from the whole team.”