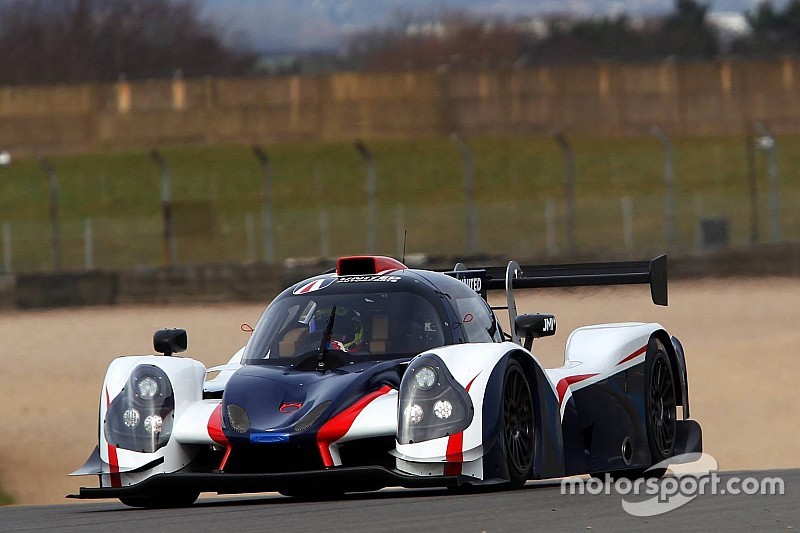 United Autosports has carefully optimized its driver line-ups taking into account the strict Fédération Internationale de l'Automobile (FIA) driver grading system employed by the championship that also governs the amount of time a particular graded driver can spend racing behind the wheel.

If an LM P3 three-driver crew features a “Gold” graded driver, he/she must be accompanied by two “Bronze” drivers while a “Silver” driver must be in a car with at least one “Bronze”. A “Gold” driver can only be behind the wheel in a race for a maximum of one hour while a “Silver” can race a maximum of two hours. Each of the six ELMS races in 2016 are of a four-hour duration.

Of the 44-car field expected to attend the two-day official test at the fast and sweeping 3.64-mile track at Le Castellet near Marseille – a venue that hosts the fourth ELMS race in August – almost half are made up of LM P3 class cars promising to make it a titanic battle for title honours.

United Autosports’ first five-litre, V8 Nissan-engined Ligier arrived at its Leeds workshop on 23 December and completed a shakedown by Bell at Blyton Park (8 Jan). It then completed almost 800-miles in the hands of Bell, Brundle, Guasch and Patterson in a two-day test at Paul Ricard (20-21 Jan). The second JS P3 chassis was collected from Le Mans-based manufacturer Onroak Automotive on 15 February and was shaken down at Magny Cours (19 Feb).

Both Ligiers ran together for the first time at Imola (15-16 Mar), clocking up 356 combined miles, with limited running on the second test day due to heavy rain falling all day. The first chassis has been repaired and rebuilt by the team after an unfortunate accident that befell Guasch on the final day of the Ricard test.

Zak Brown (USA). United Autosports Team Owner. Born: Los Angeles, California, USA. Lives: London, England: “I’m really pleased United Autosports will be part of the ELMS this year. The ACO has done a great job with the LMP3 class and I’m excited to see how the season progresses. Our driver line-up is probably one of the best out there and the Ligier looks great on track. It’s all come together nicely while the Ricard test will allow us to see the full LM P3 field on-track together for the first time.”

Richard Dean (GB). United Autosports Team Owner and Managing Director. Born/Lives: Leeds, England: “We are really looking forward to the official ELMS Prologue at Paul Ricard so we can gauge our performance against the ELMS competition. All of the team has worked really hard to prepare for the start of the season and the drivers we have secured have real quality. The programme has everybody involved very excited about our prospects for the year. Our first chassis has been rebuilt after the Ricard testing accident back in January and it was a testament to the build quality of the Ligier that Mike only suffered bruised knees and ankles after an impact at over 140mph with a 16G impact. We took delivery of our second chassis in February and have completed a number of successful tests since then.”