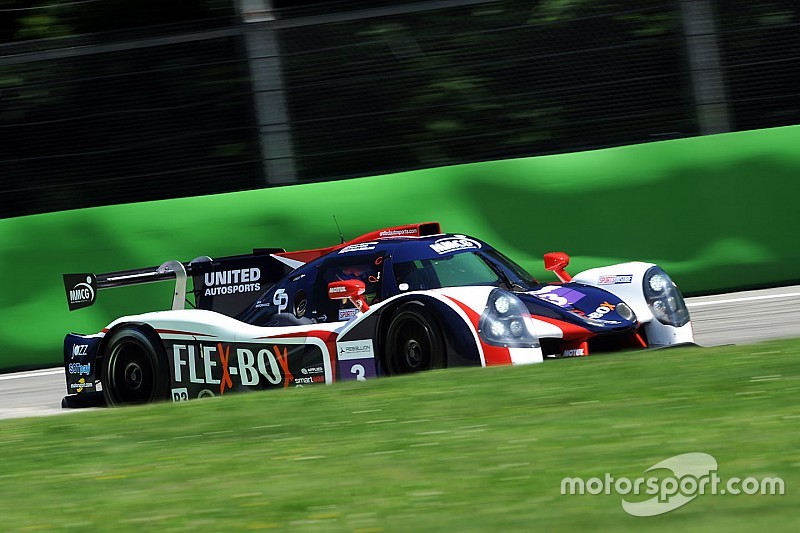 United Autosports is placed second in the LMP2 class standings plus equal second on points and fourth in LMP3 in the 2017 European Le Mans Series following the latest race at Monza today (14 May). As in the opening round at Silverstone, the Anglo-American team led overall and the LMP3 class in Italy, but ultimately the four-hour race saw Filipe Albuquerque/Will Owen/Hugo de Sadeleer bring home their Ligier JS P217 sixth in LMP2 with the LMP3 Ligiers of Wayne Boyd/Christian England/Mark Patterson plus John Falb/Sean Rayhall recording fourth and ninth respectively – a stop-go penalty costing the #2 at least a top-three result. UA trails LMP2 Teams’ leader, G-Drive, by 10pts while in LMP3, there is a five-point deficit to leading Ultimate Racing for car #3 – which has the same number of points as second-placed M.Racing – with car #2 an additional one point behind in fourth.

There is now a 10-week break before the third round of the ELMS at the Red Bull Ring (A) on 23 July. In addition to rounds of the Henderson Insurance LMP3 Cup Championship at Brands Hatch (20-21 May) and Spa-Francorchamps (9-11 Jun), United Autosports prepares for its Le Mans 24 Hours début (17-18 Jun) at the Official Test Day (4 Jun) with Albuquerque/Owen/de Sadeleer.

Zak Brown, Team Owner and Chairman, United Autosports: “After our qualifying performance, the race results are disappointing. We’ll regroup, we’ll learn from any mistakes and come back bigger, better and stronger for the next ELMS race at the Red Bull Ring. Before that we have the no small matter of United Autosports making its début in the 24 Hours of Le Mans with our LMP2 Ligier and a three-car LMP3 entry in the Road to Le Mans support events. I’ll be there and can’t wait!”

Richard Dean, Team Owner and Managing Director, United Autosports: “Today marks the first time United Autosports has not had a car on the podium since we made our ELMS début in April 2016 – that’s eight races which includes four class wins plus an outright race victory so it feels disappointing to only record two top-sixes especially having started from ‘pole’ in LMP3 and our other two cars starting from the second rows. We’ll return to our base and analyse everything in detail as to where we lost out.”

De Sadeleer started from the second row, Albuquerque who had won an Italian GT race at Monza last year, setting the fourth quickest time in qualifying the previous day. Hugo snatched third-place at the first chicane and took an early opportunity to pit for fuel during a Full Course Yellow phase after 20mins. Hugo, who set the fourth fastest race lap, led when the remaining LMP2 cars made their first pit-stops before the Swiss himself pitted (fuel/tyres) with Owen taking over. The American, having taken the opportunity to stop for another splash of fuel during a second FCY, was challenging for third before pitting to de Sadeleer (fuel/tyres) at the halfway point.

Albuquerque took over from Hugo with 93mins (fuel only) remaining seventh, pitted (fuel/tyres) from third then took his final splash of fuel with 25mins left on the clock. The Portuguese resumed seventh but spent the final 15mins battling for fifth place, Filipe taking the chequered flag sixth.

“I was pretty happy with ‘qually’ and had a lot of fun. The times were very close and kept coming down, totally different to Silverstone with the tyre grip improving with each lap. I brought the car home in the race and it was really hard work. I don’t think we nailed our race set-up or our strategy under FCYs. The positive is that we’ve learned a lot from this race for the remainder of the series.”

“My own stint and a half on my Monza race début was pretty straight forward. We seem to lose out in the FCYs. I pushed hard, setting good times, which brought me on to the back of a group of ORECAs. I was quicker in the turns but they just flew down the straights which was pretty frustrating.”

“We were unlucky with our strategy today. I started fourth but snatched third at the chicane. I managed my race pretty well. We didn’t expect so many FCYs having pitted under the first, which was a bit of a gamble, then the second FCY really penalised us. We also lacked straight-line speed but our pit-stops were mistake-free and perfect.”

Boyd narrowly claimed his second LMP3 career “pole”, replicating his Imola (I) performance from exactly 12 months ago, starting the #3 Ligier with Rayhall, fourth fastest in qualifying, behind the wheel of the #2 car. Boyd led with Rayhall moving up to second place on the opening lap, the UA duo remaining in formation, less than five seconds apart, before their first scheduled pit-stops, Patterson taking over from Boyd (63mins) with Rayhall coming in one lap later (fuel).

Patterson pitted to England (fuel/tyres) from eighth place minutes after mid-distance while Rayhall, handed over to Falb (fuel/tyres) placed second moments later. But almost immediately, John was back in the pits to serve a stop-go penalty after officials deemed an earlier attempted overtaking manoeuvre by co-driver Rayhall to have been overly ambitious, Sean contacted another LMP3 car at Lesmo 2 which resulted in Rayhall taking a trip through the gravel and causing a FCY. England led briefly before pitting to Boyd (fuel) with 51mins remaining, with Falb stopping for fuel shortly after. The Ulsterman resumed seventh, a little over a minute off the lead, on a charge with Falb ninth – John handicapped by an intermittent gearbox problem for the final 90mins – Wayne ultimately taking fourth – less than four seconds off a podium place – with Falb ninth. Boyd set the fastest LMP3 lap time in the 132-lap race.

“After Sean’s incident, the Ligier wasn’t the easiest car to drive on my Monza race début. The exhaust broke which in turn overheated the compressor that changes the gears. It stopped working twice but I was able to nurse it around in fourth gear and on both occasions it cleared itself – possibly having cooled down sufficiently. Our crew was once again flawless.”

“We’d focussed more on race set-up and attempting to negate excessive tyre wear so I was happy with P4 in qualifying. I had a decent opening stint, shadowing Wayne pretty closely. Unfortunately contact was made with another car, he appeared to brake early and seemed to take an unusual line but the incident earned us a penalty which effectively spoilt our race. It was unfortunate and we’ll aim for no mistakes for the rest of the season!”

“I was delighted to get ‘pole’ especially as I was racing here for the very first time. The car was set up perfectly and I encountered no traffic on any of my laps. The car improved with every lap. I took the start and it went really well. I took a hit from behind at the chicane after the green light but thankfully it caused no damage. I was delighted to hand over the car with a five seconds lead – the first time I’d ever led a ELMS stint from start-to-finish. I was back in for the finish and we’ve again shown we have the pace for a win but just need to get all the pieces of the jigsaw in place.”

“My first ever race stint at Monza was good. It’s a tough circuit for fuel and as a bronze driver, I need to drive a minimum of an hour, and for the last 15-20 laps of my stint, I had to conserve fuel, restricting my pace by at least 2secs per lap which was a shame.”

“I previously raced here once, in a McLaren GT3 car back in 2012 for United. Unfortunately I found myself in heavy traffic pretty soon into my stint which lost me a lot of time. Once clear, my pace was good and I felt very comfortable. Overall I’m happy although it’s a shame to have just missed out on a podium.”