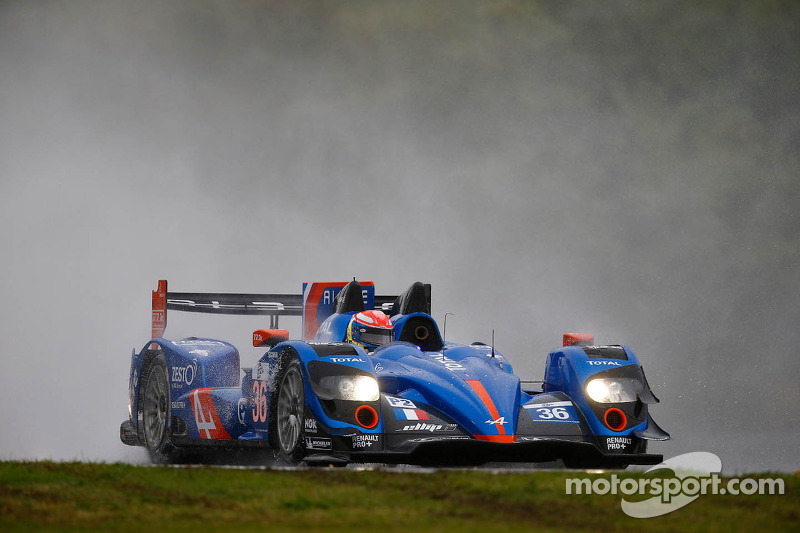 The Irish team finished on its first podium of the season.

The Alpine A450, a prototype designed and built by ORECA, won its first endurance race, at the 3 Hours of Hungaroring. For the sixth time this season, across a total of eight races contested between the ELMS and FIA World Endurance Championship, an ORECA chassis has taken the top spot in the LM P2 class. 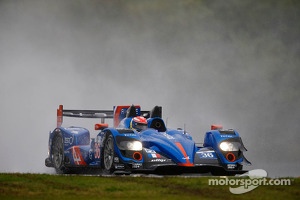 Nelson Panciatici, Pierre Ragues and the Signatech-Alpine team headed the ORECA 03 entered by Murphy Prototypes. After signing an impressive pole position and the lap record, as well as a breathtaking end of race, the Irish team finished on its first podium of the season.

Major players in the fourth round of the European Le Mans Series, Brendon Hartley and Jonathan Hirschi took the second spot on the podium. Meanwhile, the SMP Racing entry finished fourth with the ORECA 03 shared by Mediani/Zlobin, Thiriet by TDS Racing remains in the hunt for the championship after finishing sixth.

Hugues de Chaunac, President of Groupe ORECA : « Bravo to Signatech-Alpine for giving the Alpine A450 it’s first victory. Since the ORECA 03 chassis’ beginnings in 2011, Philippe Sinault has put his faith in us and I’m pleased that our collaboration continues with success. Alpine and Signatech chose the ORECA chassis at the beginning of the season and I’m happy that the ORECA Technology department, through its constructors activities, is successfully participating in the legendary marque’s return to endurance racing.

I’m also very happy to see Murphy Prototypes take their first podium finish of 2013, in addition to their pole position and lap record. Greg Murphy’s team was once again impressive. Next rendezvous will be at Austin, where the ORECA chassis will be looking to take a seventh victory in nine races ! »

Brendon Hartley (Murphy Prototypes, ORECA 03-Nissan #18), 2nd LM P2 : « I’m happy with this podium, but we really wanted the win. Jonathan was very good at the start under the rain and the Michelin tires were working better under these specific conditions.

When I took over driving duties, the track was dry and the ORECA 03, as well as our Dunlop tires, were working much better. I attacked as much as possible to make up the gap but it wasn’t enough in the end. It’s a good result for the team, who were perfect, and it’s really nice to take this podium spot for all the members of the team.

I can’t believe we haven’t won yet, considering the performance so far. With pole position, lap record and a second place finish, it’s enough to make us happy. »


For their first pole of the season, on wet conditions, Murphy Prototypes remain in command after the first lap. Behind the wheel of the No.18 ORECA 03, Jonathan Hirschi leads ahead of another ORECA 03 entered by SMP Racing, who had a great start on the wet track. The Alpine A450 follows, while Race Performance, starting from the second row, is forced to retire due to an accident.

Thiriet by TDS Racing falls victime to a get-together with another car and is forced to pit with Pierre Thiriet losing more than two laps. After four laps, the Alpine takes the lead and, with Michelin tires, extends the gap as the minutes tick off. Murphy Prototypes and SMP Racing maintain their second and fourth positions respectively, while Alex Kapadia has a solid stint in the Boutsen Ginion ORECA 03 allowing him to find fifth position.

The first pitstop happen in the final minutes of the first hour, as the track has become totally dry. Murphy Prototypes is still in second place but gives up the position 15 minutes later to the No.38 Zytek. As SMP Racing conserves its fourth place, the ORECA 03 of Boutsent Ginion Racing suffers two spins, with one resulting in damage to the splitter and front cover. Meanwhile, after several issues, Thiriet by TDS Racing continues to climb the running order.

As the race reaches halfway, the top four remain unchanged. Polesitter Brendon Hartley takes over at the wheel of the No.18 ORECA 03 and pushes hard to catch up to the two lead cars. With every lap a new record, the New Zealander is able to secure second place after two-thirds race distance.

He remains on the same pace and soon reduces the gap to the lead even further, but the classification would not change before the finish. The A450, with a chassis designed and built by ORECA, takes its first win ahead of the Murphy Prototypes ORECA 03, driven by Brendon Hartley and Jonathan Hirschi.

SMP Racing finishes the day just outside the podium in fourth place after an impressive performance by Maurizio Mediani and Serguey Zlobin. With a sixth place finish, Thiriet by TDS Racing scores precious points for the title, while Boutsen Ginion Racing finishes seventh in class.