A new life begins in Sepang for Vincent Abril 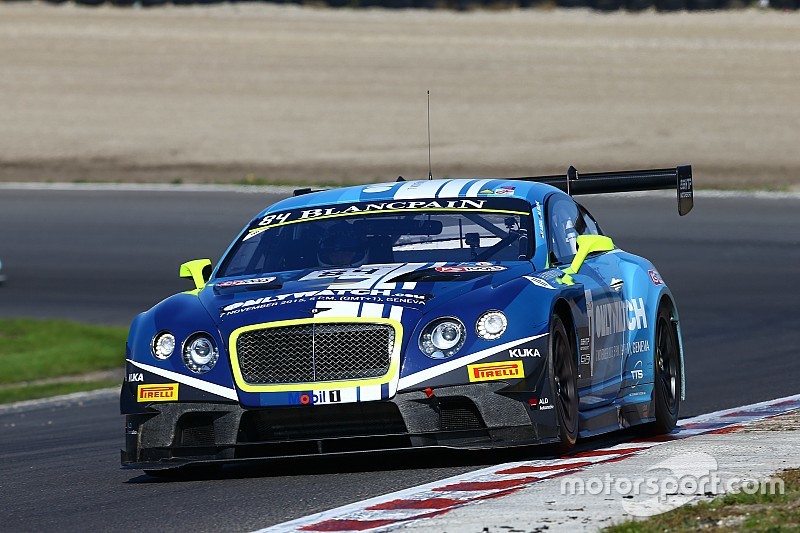 Abril will now assume the role of an official Bentley driver.

As the Sepang 12 Hours close an eventful 2015 season, the Malaysian race will still taste like the start of the school year for the freshly crowned Blancpain Sprint Series champion. The Bentley Continental GT may stay the same, but Vincent Abril will now assume the role of an official Bentley driver, under the watchful eye of Bentley Team M-Sport and Malcolm Wilson.

Vincent, how did your life change since your first world champion crown?

It didn’t sink in yet, despite all the supporting messages from all around the world. It is unbelievable to realize two dreams over a span of weeks. The first one was claiming an international title like the Blancpain Sprint Series, while the other was becoming a professional driver for a legendary make like Bentley. This is a privilege I hope to live up to for my first race with Bentley Team M-Sport.

Indeed, a new team, new teammates and a new track… The challenge promises to be tough for your first outing as an official driver!

You know, it’s all about team chemistry and, to be honest with you, I’ve been in Sepang for several days now, where I spend a lot of time with the team. We work, of course, but we also spend a significant amount of time together off the track in order to know each other better. We all are passionate about this sport and we share the same goal: winning. So this encourages us to give our best ‘together’. The Sepang 12 Hours are the perfect opportunity to ‘grind the gears’ for next year, in the pits with the Bentley Team M-Sport guys and with Steven Kane and Guy Smith, my new teammates.

Does this first experience promise to be explosive in Sepang’s clammy heat?

That’s for sure! Did you see this track? It’s crazy! Just looking at the banking in some corners, it’s Ledenon increased tenfold. I understand why it’s one of the drivers’ favorite track because it’s fast, technical and there are so many passing zones that the race promises to be explosive indeed, as you mentioned. I couldn’t dream of a better start for my first race as an official Bentley driver.