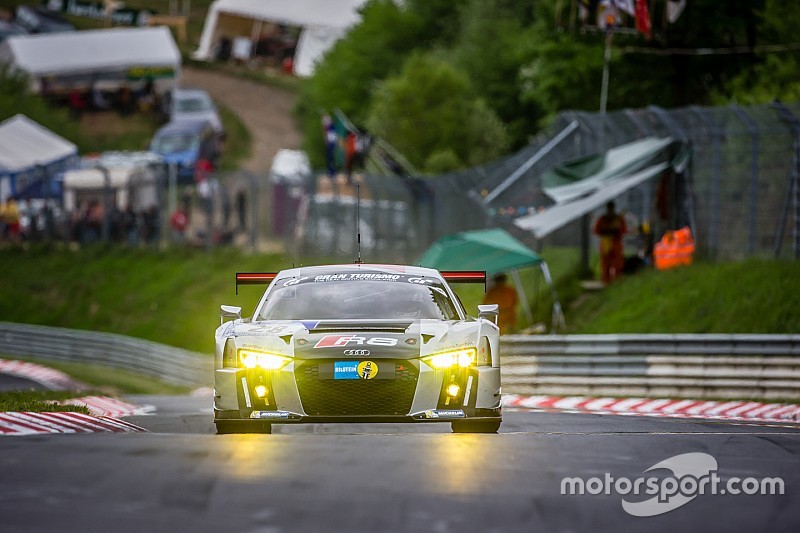 Audi has announced the driver line-up for its two-car factory assault on the 2016 Nurburgring 24 Hours, as well as its roster for the Spa 24 Hours.

The German manufacturer has won the 24 Hours of Nurburgring three times in the last four years: once with Team WRT and twice with Phoenix, with both teams returning to the event in 2016 in Audi R8 LMS cars.

Three winners of last year's event - Christopher Mies, Nico Muller and Laurens Vanthoor - are back with WRT and will be partnered by ByKolles LMP1 driver Pierre Kaffer.

Making up the Phoenix line-up, meanwhile, are Christopher Haase, Frank Stippler, Markus Winkelhock and Rene Rast, all of who have stood on the top step of the Nurburgring 24 Hours podium in the past.

The Spa 24 Hours - a race which Audi won three times in the last five years - will feature a Phoenix line-up of Mies/Stippler/Winkelhock and the WRT trio of Muller/Vanthoor/Rast, with only Mies and Muller yet to taste victory in the event.

The Nurburgring 24 Hours will take place on May 28-29, while the Spa race, which is part of the Blancpain GT Endurance Series schedule, will be run on July 30-31.