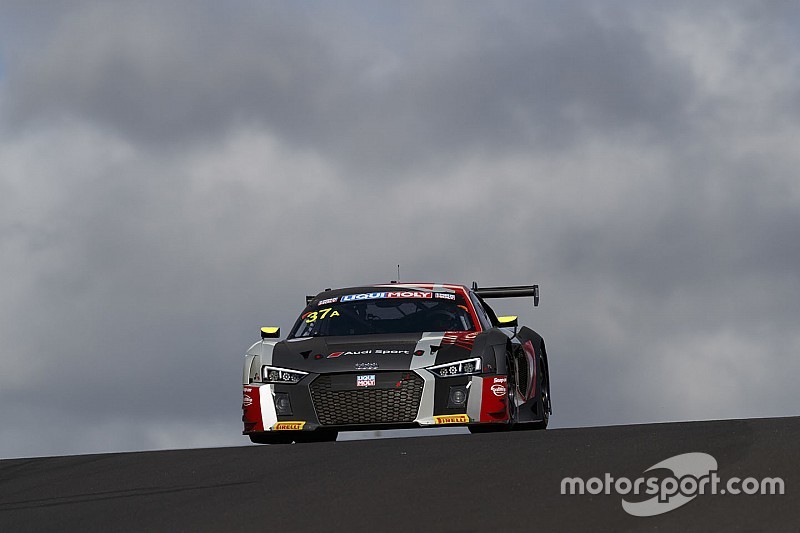 Audi will field a trio of factory entries in the Suzuka round of the Intercontinental GT Challenge later this month.

The Belgian WRT team will enter two Audi R8 LMS GT3 cars in the new Suzuka 10 Hours on August 26 as expected, while Absolute Racing has been added to the factory roster with a single car.

WRT's lead R8 will be driven by a trio of works drivers in Dries Vanthoor, Christopher Mies and Frederic Vervisch.

The Absolute R8 will have also have an all-factory line-up: Markus Winkelhock will share with Christopher Haase Kelvin van der Linde.

Robin Frijns, who leads the IGTC drivers' classification, is unavailable for the third round of the IGTC because he is racing for Audi in the DTM at Misano the same weekend.

Audi customer racing boss Chris Reinke explained that it had been decided to spread the Audi drivers who remain in with a chance of the championship across its factory cars.

"The situation with Robin was clear from the beginning of the season," he said.

"We distributed our drivers trailing him in the standings to three race cars supported by us in order to make optimum use of our chances."

Vanthoor, Leonard, Winkelhock, Haase and Vervisch are tied in third place in the points behind Mercedes drivers Raffaele Marciello and Tristan Vautier.

Vanthoor and Leonard won the Bathurst 12 Hours IGTC opener with WRT in February sharing with Frijns, while Winkelhock, Haase and Vervisch scored maximum points at the Spa 24 Hours last month courtesy of fourth place with Sainteloc Racing as the first registered car home.

The drivers in an Audi Japan-supported entry from Team Hitotsuyama include 2004 Formula Nippon champion Richard Lyons.

Absolute will also field a customer Audi for a roster of drivers including Congfu 'Franky' Cheng and Adderly Fong.

Audi is one of 13 manufacturers confirmed for the inaugural Suzuka 10 Hours, which replaces the traditional August 1000km race that was latterly part of the Super GT Series schedule.

The fourth and final round of the IGTC is the California 8 Hours at Laguna Seca in October.