Red Bull Formula 1 junior and Super Formula driver Lucas Auer says he is targeting endurance racing in the future and has "several options in Japan and Europe" for 2020.

Auer had his first experience of 24-hour racing earlier this year when he took part in the Spa 24 Hours alongside Maximilian Buhk and Maximilian Gotz in a GruppeM Mercedes-AMG GT3, finishing 10th.

Auer has had a sporadic career in sportscar racing, having competed in the Blancpain GT Series, ADAC GT Masters and International GT Open in recent years.

The former Mercedes DTM driver and nephew of series boss Gerhard Berger told Motorsport.com: "I drove the 24-hour race at Spa this year and am very open to this direction [of racing] because the more you drive, the better.

"The experience was awesome and I really enjoyed it. You really learn a lot in a 24-hour race. Alone when the weather is constantly changing. That's where it really happens - and you start from zero every time you get in the car and have to adapt.

"And I notice right now in the Super Formula that this experience is a big advantage. You always learn."

Auer, who is also targeting a Le Mans 24 Hours debut, has this year focused on Super Formula with the new-for-2019 Motopark squad alongside Harrison Newey.

The Motopark team, which merged with the Japanese B-Max team for Super Formula, is sixth in the teams' championship, the same position as Auer in the drivers' standings. 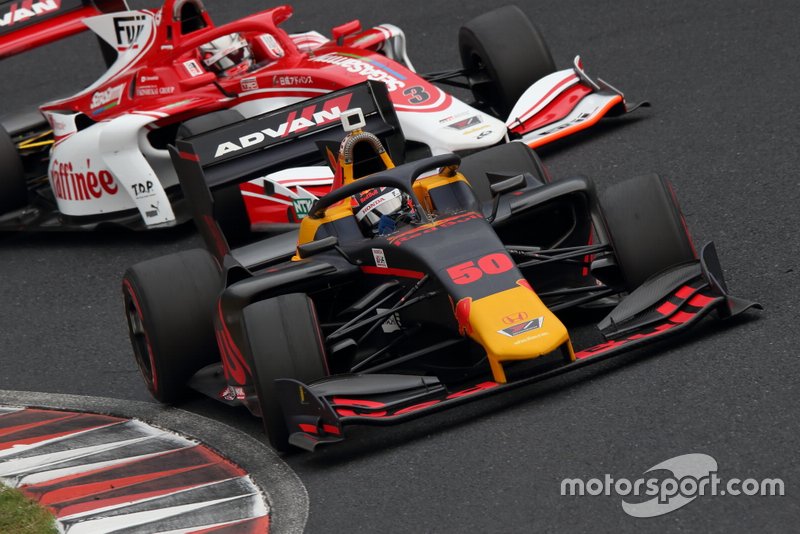 Auer believes the team was unable to fight for the Super Formula title because it was coming to terms with merging two squads.

"The B-Max crew had already been in the Super Formula for two years, and now they have definitely gotten a boost with the Motopark crew," said Auer. "The fact that things sometimes didn't work out is due to a little bit of inexperience.

"Everything is still a bit uncharted territory, but you can see that we are getting closer bit by bit. At least in the main areas, we are now relatively sorted out."

Auer has not ruled out remaining in Japan "for another year or two" and he will compete in next weekend's season finale at Suzuka. His best result in the series so far has been a third-place finish at Sugo in June.

"The [Super Formula] step was definitely the right one. Personally, I made a giant leap, also through the new culture," said Auer.

"I gained a lot of experience - also because the team was new and we had to build everything from scratch. We had ups and downs, but now it's settled down and we're at the front."

DTM and ADAC in talks over 2023 collaboration, sale rumoured

Auer to remain with Mercedes in 2023 despite Porsche interest