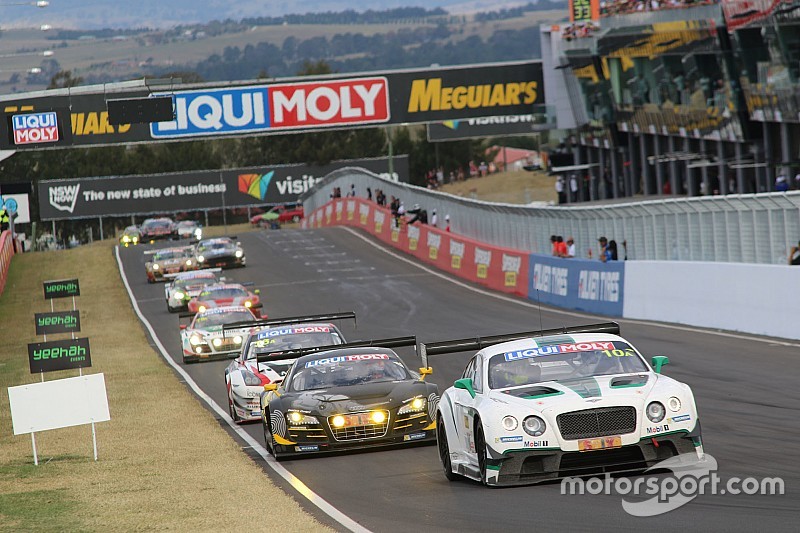 The iconic 12-hour GT endurance race at Mount Panorama and V8 Supercars will work together in 2016 after clashing during the 2015 event.

The Bathurst 12 Hour GT race will officially be co-promoted by Supercars Events, it was today confirmed.

As of next year, the event will be run by Supercars Events – part of the V8 Supercars organisation – as well as current promoters Yeehah Events and the Bathurst Regional Council.

There will not, however, be any V8 Supercars track time across the weekend, with the event to continue to be run purely as an international GT race.

“It has been an interesting journey and an event I am proud of,” said Yeehah Events’ James O’Brien.

“The work and dedication of so many stakeholders, not least the officials and volunteers, has been humbling.

“The Liqui-Moly 12 Hour is now ready to establish itself as a major international endurance event, however to achieve this it needs an organisation with the right resources. Supercars Events is the right team to realise our vision and continue what we began all those years ago.”

The tie-up between V8s and the 12 Hour follows a period of tension between the two, after V8 Supercars scheduled its 2015 pre-season test on the same day as this year’s 12 Hour, which prohibited V8 drivers from taking part.

The epic endurance race that is life!

24h Nurburgring - On the Dottinger Hohe