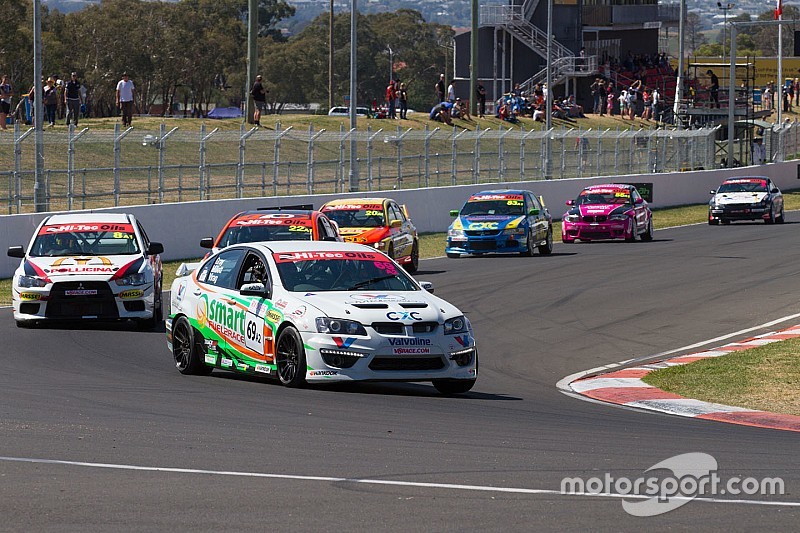 Bathurst 6 Hour organisers are expecting a record field to start this year’s race, with 66 cars officially entered for the second running of the Easter weekend event.

The Production Car race needs 64 starters to eclipse the unofficial highest entry for an endurance event at Mount Panorama, and has a decent chance of doing so with 66 cars officially entered for this year’s race.

The number could still grow, too, with a number of entries received but not yet paid for. The final cutoff for payment is this Friday.

“Whilst we would be delighted to set a record grid for an endurance race at Mount Panorama, the massive growth of the field is the most pleasing aspect,” Event Director James O’Brien said.

“The reaction from Production Car competitors has been outstanding – they have quickly embraced this chance to compete for their own Bathurst victory.”

The 66 cars entered for the 2017 six-hour race are spread over seven classes, with 22 cars in Class A1 (Extreme Performance/Forced Induction).

Overall there will be 17 brands represented by more than 30 different models, with BMW, Mitsubishi, Audi, Ford, Subaru, Mercedes-AMG, Holden, Renault, Alfa-Romeo, Mazda, Toyota, Kia, Honda, Nissan, Eunos, MINI and Hyundai set to all be on the grid.

Action in the 24H Series continues at Mugello