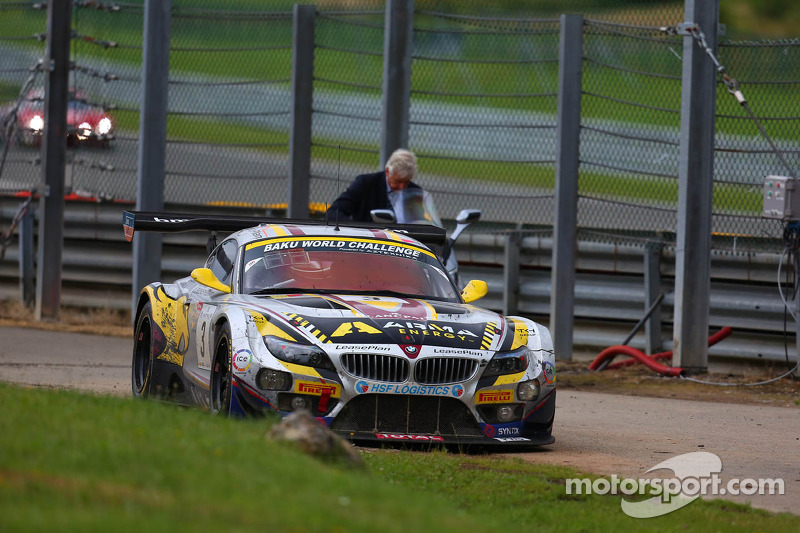 A failure of the car's extinguisher damaged the wiring loom and it was impossible to recover.

Spa Francorchamps, Belgium - The Marc VDS Racing Team's challenge for the 24 Hours of Spa title ended in disappointment with retirement for all three cars. The #3 car with Maxime Martin, Bas Leinders and Yelmer Buurman was running in a strong second place when it expired in the thirteenth hour. 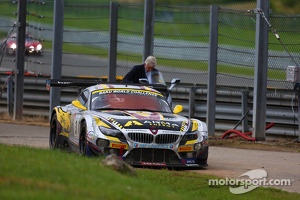 It joined the #4 car of Markus Palttala, Nick Catsburg and Henri Moser, which led for long periods before retiring in the eleventh hour and the #14 car with Andrea Piccini, Jens Klingmann and Dirk Müller, which retired in the third hour. It had run as high as fifth.

The race started well, with Catsburg running the entire first hour in second place having avoided chaos at Radillion on the first lap. He and co-drivers Palttala and Moser all took turns to lead the race, swapping the position with Martin and Buurman in the #3 car and several other competitors in the early stages.

For #14, starting 24th, Piccini and Klingmann ran as high as fifth before an engine problem stopped Klingmann on the track in the third hour. He was unable to rejoin and the car was retired. Müller did not drive the car in the race.

At the six-hour mark, #4 led the race and #3 was in third place, scoring vital points for the teams' and drivers' standings. Those points put the team into the Pro Cup championship lead.

A brief rain shower encouraged almost the entire field, including the continuing Marc VDS cars, onto wet tyres but it was barely a few minutes before the track was dry once more. It was the only rain the Belgian BMW Z4 GT3 cars would see.

Running in second place and close to the leader, car #4 stopped on the track with Catsburg onboard, after an electrical failure left the car without power. The Marc VDS driver was unable to recitfy the problem and the marshals pushed the car to a position of safety.

That left #3 the sole hope of the team but those hopes were dashed in the 13th hour. Martin had just taken over when a failure of the car's extinguisher damaged the wiring loom and it was impossible to recover. The car was left stranded on track and then was withdrawn.

However, there was some good news for the team as the car was in second place at the end of the 12th hour, scoring more points for both teams' and drivers' championship. The teams' Pro Cup lead was extended while the gap to the leader of the driver's championship was cut further.

Sebastien Metz, Technical Director: "It's a big shame that we have to see all three cars retire. I'm so proud of the team, from drivers to engineers to mechanics - they've all done a fantastic job. We couldn't have done any more; the guys were faultless. The target was to win the race and score some points - we scored strong points at both six and 12-hour marks and that's good for the championship challenge. I'm disappointed, but I'm also proud.

Maxime Martin, #3 BMW Z4 GT3: "If you start with three cars and find that, after a little bit more than 12 hours, you have none of them still on track... It's disappointing, for sure. But it's part of racing. We knew at the start anything could happen. The cars were really well prepared; the team did an amazing job. If you want to win a 24 hour race you need luck, and we just didn't have enough this time."

Markus Palttala, #4 BMW Z4 GT3: "We came here with high hopes, because we've been pretty competitive in the first three races of the Blancpain Endurance Series in the #4 car. But we've been a bit unlucky and hadn't had the results we wanted. We came here with the massive attack and it's been good since the first session.

We were second quickest in the first practice and it just kept going well. We had some close calls, like Nicky avoiding the spinning Ferrari at the start, which stopped a few hearts in the box! I led the race at six hours, which gave some really important points for the team. It was a really hard moment to hear Nicky had parked the car - it doesn't matter what the problem was, really, the race is over for us."