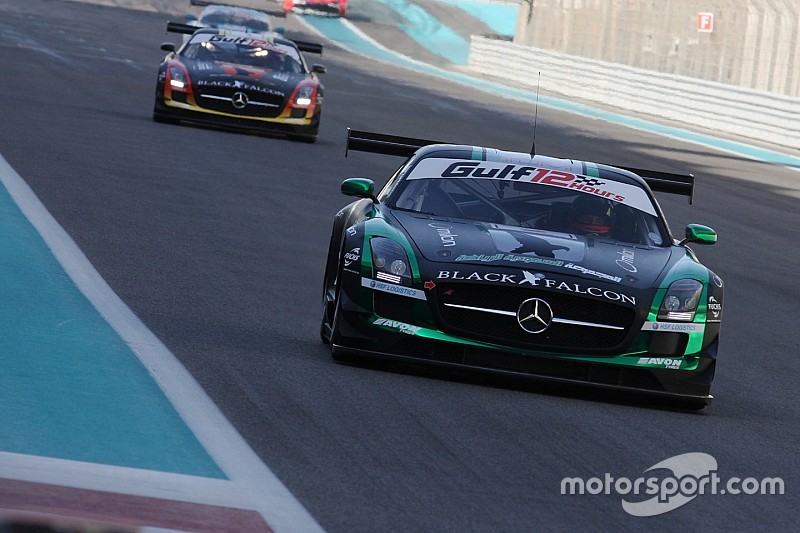 With 2016 only just around the corner, Black Falcon are already preparing to be back out on track to compete in the gruelling Hankook 24 Hours Dubai in the United Arab Emirates, January 14-16. A new year brings new cars but the same challenge: Black Falcon will debut a pair of brand new Mercedes AMG GT3s at Dubai, ahead of a full campaign in endurance GT events across the next 12 months.

The 24 Hours Dubai has fast become a favourite of teams and drivers from around the world, and it’s a race that Black Falcon have an exemplary record at: the team have won three of the last four editions, each time with a Mercedes SLS AMG GT3, and last year also took first and second positions in the Porsche Cup class. 2016 sees the eleventh running of the round-the-clock race, which is the opening round of the 24H Series. Black Falcon have competed in all 11 races held at Dubai so far, and in 2016 will be fielding five cars in two classes.

This will be the first race that an AMG customer team have entered the new AMG GT3, and Black Falcon’s two cars will be backed up by a Mercedes SLS AMG GT3 and a pair of Porsche 991 Cup racers. The maximum grid capacity has already been reached for the race, and Black Falcon will be up against 95 other cars and almost 500 drivers spread across eight classes – a combination of powerful GT3s, touring cars and silhouette racers.

Drivers from eight nations will make up the five Black Falcon driver squads, which contain multiple winners of the Dubai 24 Hours and other prestigious endurance races.

The second Mercedes AMG GT3, Black Falcon #3, will be driven by Abdulaziz Al Faisal (Saudi Arabia) and Yelmer Buurman (Netherlands), who won the 24 Hours Dubai last year finished in second place at the recent Gulf 12 Hours. Hubert Haupt (Germany) is currently also part of the #3 roster, alongside Michael Broniszewski (Poland) and legendary Mercedes ace Bernd Schneider (Germany). Ex-Formula 1 and Le Mans 24 Hours driver Bernd is a past winner of the 24 Hours Dubai and a five-time champion in the DTM series, as well as being a multiple winner in touring cars and GTs.