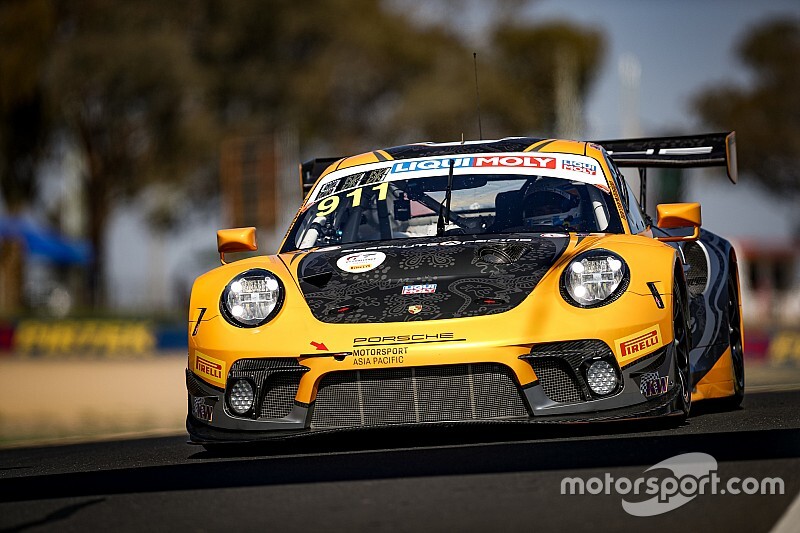 The Aussie was unstoppable in the single-lap dash, only falling a tenth short of his regular qualifying time with a 2m03.555.

That left him two-tenths clear of the pack, securing a first Allan Simonsen Trophy for Porsche.

"I put everything on the line, I was really pushing hard," said Campbell. I missed a few apexes but overall there was nothing left on the table.

"It's a fantastic result, first time here in the new-generation car. This is one I've wanted for a long time. I've had many attempts at a Shootout and this one I put it all together."

The #18 KCMG Nissan will start from fourth after Joao Paulo de Oliveira made up three spots compared to qualifying.

Laurens Vanthoor put the #1 EBM Porsche fifth on the grid, while Maro Engel (#77 Craft-Bamboo Mercedes) went from being up at the second sector on his lap to dropping to sixth.

Kelvin van der Linde was seventh quickest in the #222 Valvoline Audi, recovering from a moment at Hell Corner with a stunning middle sector, with Shane van Gisbergen eighth in the #888 Triple Eight Mercedes.

Marco Mapelli was ninth in the #63 FFF Lamborghini, as Jake Dennis dropped two spots compared to qualifying with the 10th best time aboard the #76 R-Motorsport Aston Martin.