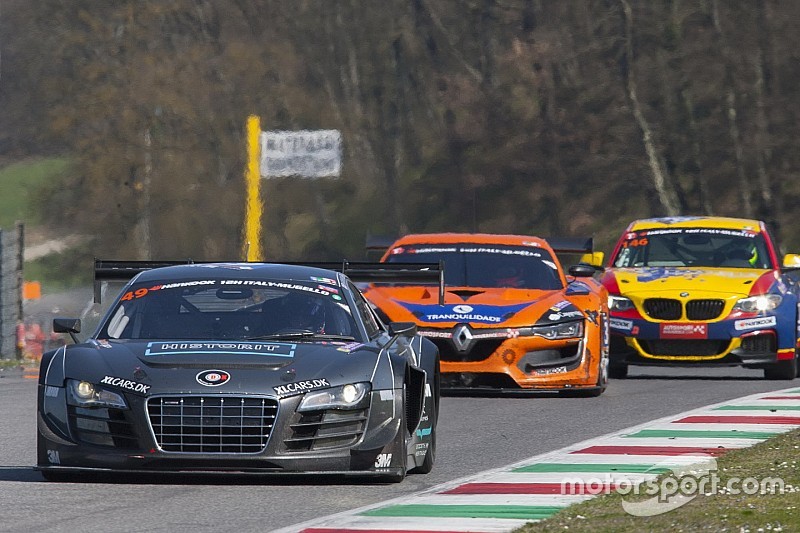 Gennep/Zandvoort – On Friday and Saturday this week (May 6-7, 2016), the famous Circuit Park Zandvoort will serve as the venue for the Hankook 12H Zandvoort. The fourth round of this year’s 24H Series powered by Hankook and the third running of the race in The Netherlands again assembles a wide variety of GTs and touring cars. In total, 48 teams have entered for the race at the undulating circuit in the dunes on the Dutch North Sea coast.

No less than 21 different nationalities are represented in the field. “Preparations are almost done and everything is set for a great event. Even the weather forecast looks great with plenty of sunshine and temperatures around 20 degrees,” says Helen Roukens on behalf of Creventic. The Dutch agency is the organiser and promoter of the 24H Series powered by Hankook in co-operation with the Dutch National Racing Team (DNRT).

The classes A6, predominantly for cars to GT3 regulations, and the SP3 class for GT4 and similar vehicles have the largest entry with eleven cars each. Swiss team Hofor Racing won the race at Zandvoort last year and is back with its two Mercedes-Benz SLS AMG GT3s to defend its success. The A6 class also includes a pair of the new Mercedes-AMG GT3 cars, two Lamborghini Huracán Super Trofeos, two Audi R8 LMS, two Porsches and one Aston Martin.

In SP3, Cor Euser Racing scored a popular class win in front of its home crowd at Zandvoort last year and is up for success again with the familiar Lotus Evora, facing competition from various BMWs, a KTM X-Bow, a Ginetta, a Porsche, a Saker GT TDI, a SEAT and a Honda. The SP2 class includes three Porsche 991 Cup cars and two silhouet cars, a MARC Focus V8 and a Vortex 1.0, as well as an Audi TT RS2. The 991 Cup class consists of six cars. Hofor Racing (class A6) is also leading the 24H Series GT team points’ standings and can extend its margin with further success at Zandvoort.

Three SEAT Leon Cup Racers, run by as many Dutch teams, have been entered in the TCR category. The A3 touring car class has four cars on the grid with two Peugeot 208 GTis up against one BMW and one Honda. The CUP1 class consists of a pair of BMW M235i Racing Cup cars and class A3 has three entries with two Renault Clios and one Peugeot RCZ. In the overall 24H Series touring car teams’ standings, French Team Altran Peugeot (class A3) is coming to Zandvoort as the leader while Danish team Sally Racing (A2), only nine points behind in third place, is also present at Zandvoort to score points.