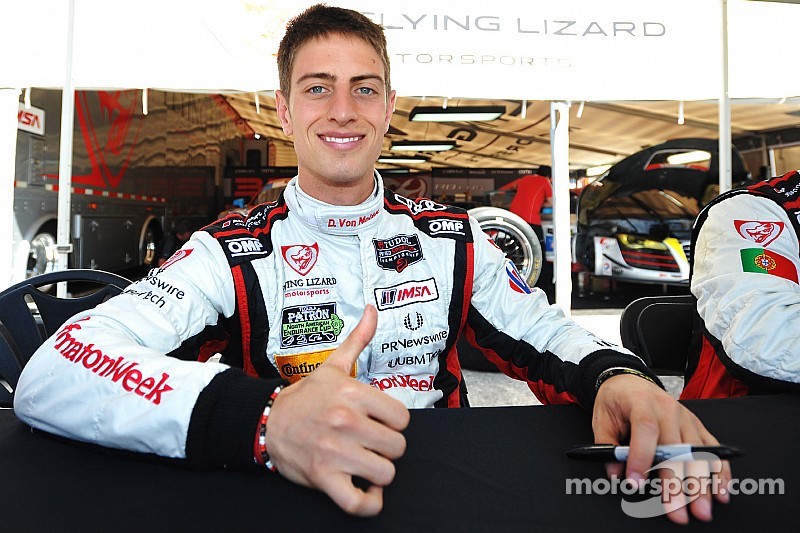 Will join Burt Frisselle, Anthony Lazzaro and two others in Eagle prototype.

Dion is no stranger to endurance races, boasting back-to-back wins at the legendary 12 Hours of Sebring in 2012 and 2013, and another win at the Rolex 24 Hours of Daytona in 2013. The 11th running of the 2014 NASA 25 Hours of Thunderhill presented by Hawk Performance will be his first time participating in the event. Over 208 drivers are listed for the 60 car entries, with makes and models ranging from 1969 to 2015.

"This event always brings an incredible mix of cars and drivers," said Dion. "The speed differential that we will have to deal with is very different than anything I have done before. Usually a racing series keeps all cars within a close range, but here we will be racing on track at the same time as Mazda Miata's! This huge speed difference will be very mentally demanding on all drivers. We will have to be very precise and careful working through traffic, especially at night because I know from talking to people that have raced here, it gets dark!"

With 2015 still undetermined for the young racer, von Moltke has spent his off season solely focused on preparing for the next time he gets behind the wheel.

"An off season is not a time for relaxation for a race car driver," said Dion. "You have to be incredibly disciplined to keep up your training and your race craft, all while focusing on preparations for the approaching season. In addition to the business aspect, there's a lot of mental and physical preparation that is necessary, and to be able to race with a great team at a legendary event during the TUDOR Championship off season is an exciting opportunity. It will be nice to get back in the car and just focus on actual racing, especially as of late I have been working so hard on trying to secure a competitive ride for the 2015 season. This work will continue over the coming weeks, so I can't wait to get back behind the wheel at Thunderhill!"

Dion von Moltke has built his career in North American sports car racing on a solid foundation of international Karting and Formula Car racing. The 24 year old started racing karts at age 13, and went on to win several championships at the local and state level before moving up to the National and International level, participating in World championship Karting events in Italy. Since 2008, Dion has steadily progressed through several professional racing series, earning multiple wins in Skip Barber, Grand-Am, and American Le Mans Series. In total, Dion has 12 wins, 22 Podiums, and 71 top 10 finishes out of 92 sports car races in the years spanning 2008 to 2014. Dion is also a driver instructor, focusing on all aspects of peak performance, and has developed a coaching program called "Perform 360".

NASCAR driver Kurt Busch among entries for 25 Hours of Thunderhill