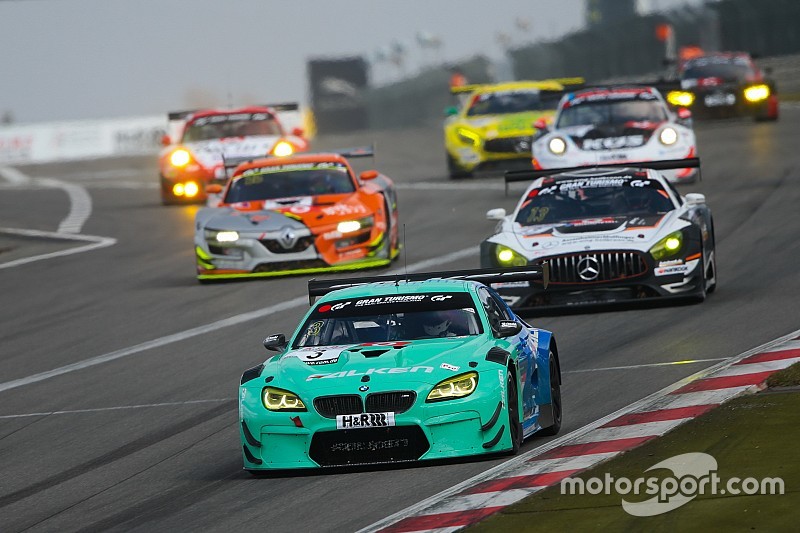 Motorsport.com caught up with Falken Motorsports driver Peter Dumbreck ahead of this year's Nurburgring 24 Hours, which will mark his 15th appearance in the German endurance classic.

Few drivers know the fearsome Nordschleife as well as Peter Dumbreck. Not only is he a veteran of 14 starts in the Nurburgring 24 Hours, he's also a race winner in the VLN series and set a new lap record (since surpassed) for a road car last year in the electric NIO EP9 supercar.

The 44-year-old is now preparing for his 15th Nurburgring start at the wheel of Falken Motorsport's BMW M6 GT3 that he'll share with Stef Dusseldorp, Alexandre Imperatori and Jens Klingmann.

It marks Dumbreck's 12th race in succession with Falken, which has been present at the Nordschleife since the turn of the century with a range of different machinery – including the iconic Skyline R34, the 350Z and more recently the variants of the Porsche 911 GT3 it has campaigned since 2011.

"I had only one year off since 2003, which was 2006, and then Falken came back 2007 and I've been with them ever since," Dumbreck told Motorsport.com ahead of this year's race.

"Obviously since then the laptimes have come down, and the race has become more competitive.

"In motorsport it's very easy to be flavour of the month and then next season you're out of a drive. We've shown a lot of loyalty to each other and gradually moved things forward.

"Some of the other drivers have been with the team for seven or eight years as well, which is nice to see in modern motorsport.

"It's rare to see that kind of loyalty in this day and age and I feel like it is one big family at Falken."

So, how has the Nurburgring 24 Hours changed since Dumbreck's 2003 debut? The former factory Mercedes, Opel and Toyota racer points out that it's the sheer professionalism and resources of the teams and drivers fighting it out for victory, particularly since the introduction of the GT3 cars in 2009.

"It's gone from being a club race in a sense to being a flat-out professional race," said Dumbreck.

"It used to be that drivers had to take care of the car, and you'd never drive ten tenths, because you wouldn't survive 24 hours. You were always managing it.

"Nowadays you are attacking the whole time, and the cars generally make the distance. So it's decided by strategy and the drivers now. It's become such a professional event, with amateurs still mixed in.

"It makes it quite a challenge, for both sides – for us to overtake cleanly and for them to not get hit.

"Traffic is the number one thing you're thinking about. Sometimes you have to back off and lose a second or two, but it's making that decision in the spur of the moment.

The attraction of the race to Falken, however, is clear, with the Nurburgring 24 Hours and the VLN series it's associated with being one of the few places where there is still open tyre competition.

And entering two different types of car with the addition of the BMW M6 last year has only helped accelerate the process of creating a tyre that can cope with everything the Nordschleife has to offer.

"It's one of the few big races where you can use any tyre," explained Dumbreck. "We're racing Michelin, Dunlop, Yokohama, all the bigger tyre brands; that's the main reason Falken is here.

"And this track really is one of a kind. There are constant compressions and kerbs and bumps, and the forces that go through the tyre are so harsh, so you need to build a tyre that can survive that.

"That's always a factor for us, that we can complete eight laps – one tank of fuel – and make the tyre last.

"We brought in the other car to prove we can produce a tyre for BMW as well as Porsche. And having two cars is way better than having just the Porsche – you've double the chance of winning."

Falken's best result in the Nurburgring 24 Hours to date is the third place it scored in 2015, but Dumbreck is wary of making any firm predictions for this year after the team dropped to eighth in a chaotic rain-hit final hour last year.

And the Scottish veteran is aware that the competition will be tougher than ever, with factory-supported entries from Audi, Porsche, BMW and Mercedes all expected to be among the frontrunners.

"We ran very well last year, bearing in mind we fought in the top five and we lost out in the rainy last half-hour, where some people made the right strategy call and they jumped ahead," he said.

"Realistically top five is the aim. Of course we want to try and win, but we'll do our best and whatever comes will come."