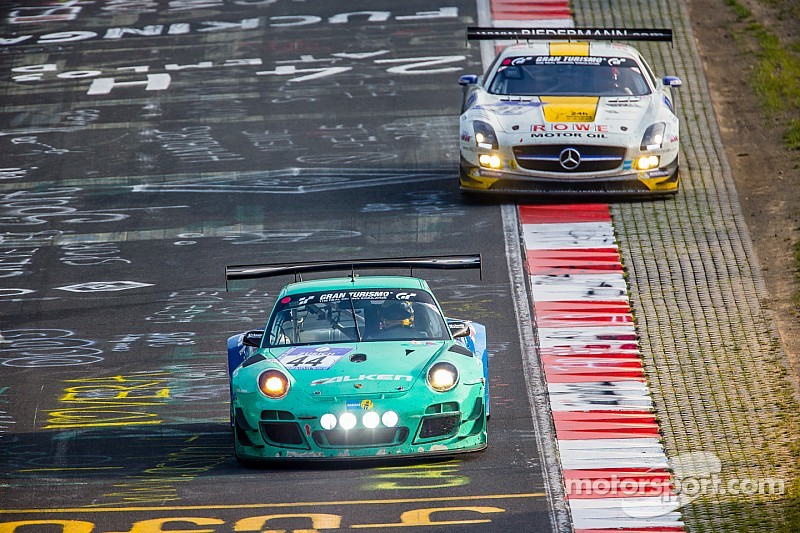 Team to do selected VLN championship races too.

Falken Motorsport has announced that it will enter the 24 Hours of Nurburgring with drivers Peter Dumbreck, Wolf Henzler, Alexandre Imperatori and Martin Ragginger racing the proven Porsche 911 GT3 R.

The team will also race in selected VLN championship races this year with Imperatori and Ragginger.

"Our strength is our team spirit, good tyres, top drivers, a great pit crew, engineers who are on the ball and a proven car," said team manager Sven Schnabl.

"We can still deliver a strong result with this car."

Falken has a rich history of competing at the Nurburgring which dates back to the 1990s. This year's race will be the ninth for Peter Dumbreck with the team which finished in fourth place in 2014.