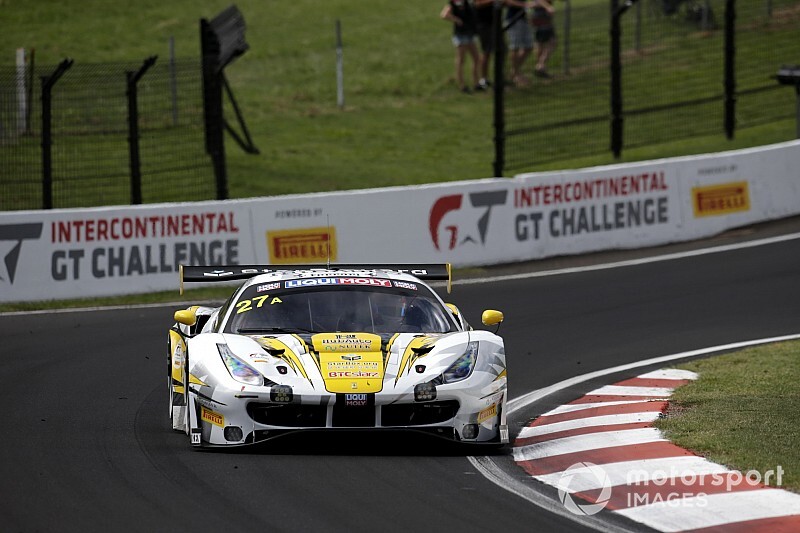 Ferrari has become the latest manufacturer to commit to the 2020 Intercontinental GT Challenge season, boosting the number of marques taking part in the GT3-based series to nine.

The Prancing Horse joins Audi, BMW, Mercedes, Porsche, Bentley, Honda and 2020 newcomers Lamborghini and Aston Martin as registered manufacturers, meaning the IGTC now has one more brand signed up than it had last year.

It leaves only Nissan as the only 2019 entrant yet to re-commit for this season.

Taiwanese team HubAuto Corsa will represent Ferrari in each of the series' five races with a solo 488 GT3, starting with this weekend's Bathurst 12 Hours, after entering all bar round one of last year's schedule.

Driving duties for the race will be shared by Brazilian pair Marcos Gomes and Daniel Serra, as well as Supercars regular Tim Slade.

Serra and Slade were both part of the HubAuto driver roster last season, the former - now a factory Ferrari driver - coming on board for the Spa 24 Hours and the latter racing at Bathurst and the Laguna Seca 8 Hours, which was won by Slade, Nick Foster and Miguel Molina.

Two additional Pro class Ferraris were nominated to score manufacturers' points in the Spa 24 Hours last year, both run by AF Corse (with one running under the SMP Racing banner), while CarGuy Racing also fielded a Pro entry in the Suzuka 10 Hours.

Ferrari was represented in the Kyalami season finale only by Silver Cup outfit and former VLN regular Wochenspiegel Team Monschau, as HubAuto did not make the trip to South Africa.