First podium of the season for JRM Racing at Paul Ricard 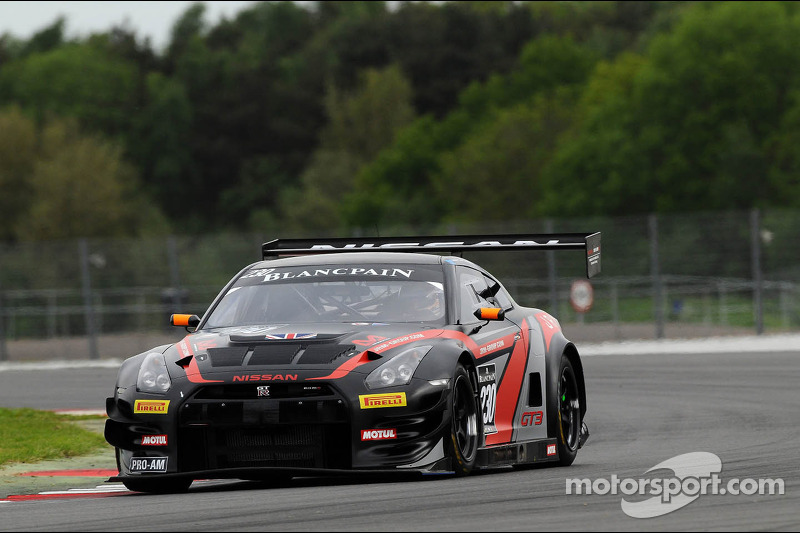 JRM Racing's #23 Nissan GT-R Nismo GT3 Pro car of Peter Dumbreck, Lucas Luhr and Steven Kane achieved the team’s first podium finish and best result of the season so far at the third round of the Blancpain Endurance Series in Paul Ricard, France, today. In the Pro Am class, the #230 trio of Matt Bell, Humaid Al Masaood and Charles Bateman finished 9th in class and in the points again. 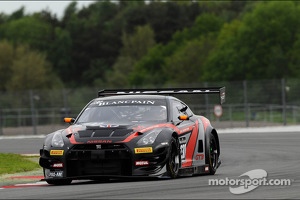 Both the #23 and #230 Nissan GT-R Nismo GT3 cars gained positions as soon as the lights went green. Race directors had decided to start the race behind the Safety Car to avoid any incidents on the first lap but Peter was already up to 5th position after only five laps, while Matt stormed to a potential class podium position from 20th on the grid in the opening laps of the race.

It was a solid run for both cars from then on. Peter and Matt settled into 5th and 9th (2nd in class) respectively, driving very strong stints. After an hour, Peter handed over to Lucas Luhr.

Peter was happy with his stint: “I felt good straight away. I was able to pass a few cars and the tyres took their normal drop, but it leveled out and was consistent. I was able to drive the car as I wanted to drive it. The cars in front seemed to drop a bit more on their tyres so I was able to pull them in at the end of the stint. So I'm happy: to come from eighth on the grid to fifth in one stint is good."

Matt, who also completed a solid performance racing in 2nd position in class throughout most of his stint, added, “I had a good start and managed to make my way through the pack well. The car and the pace was brilliant and even better in the open air – trying to get through the traffic was tricky.

But to gain 11 positions in one stint isn't a bad start and our pace at the end was still good.” He also added, “starting behind the Safety Car was the best possible idea – with so many cars on the grid it was a sensible idea and definitely the right thing. Maybe we could do this at the rest of the races.”

In the Pro class Lucas kept the consistency throughout the second hour of the race, maintaining fourth position, before handing over to Steven. “I think we were good, we had the speed,” said Lucas. “I was pretty sure we had a car for a podium. The car felt very good, I was able to move up a place and have a nice fight.”

Steven got in the car for the final hour and brought the car back home in third place after a well-fought stint. He added, “A good way to end the race! It's great to be on the podium after a tough race. We had a bit of a problem when I got into the car, but I was able to drive without having many further issues and finally cross the line. A great result for the whole team.”

In the Pro Am class Humaid Al Masaood took over from Matt. Unfortunately he lost some positions due to a drive through after contact with another car, rejoining in 12th position in class. “I had a collision, that was unfortunate,” he explained. “It was a difficult stint, but at least we were able to continue in the race and do a good job.”

Charles added, “I got comfortable in the car straight away and the first part of my stint was very good. I had a bit of understeer as the race went on, but the final result is positive. We've made another step forward and now we know where the car can be, so I'm sure this will help us for Spa.”

Team principal James Rumsey commented, “An excellent result for the whole team. A podium finish was our objective before the start of the weekend and that's exactly what we've achieved, so we can be very proud.

The lap times were good throughout the whole race, and even though we had some problems during the change from Lucas to Steven – when the seat adjuster failed and we were not able to put the seat forward – we were able to continue fighting for top positions.

I want to congratulate the whole team, everyone deserves this podium finish after all the hard work we've put into this weekend. The negative part of the day was this morning's tragic news. On behalf of the whole team I want to send our commiserations to Andrea Mame's family and friends.”

The next round of the Blancpain Endurance Series is the 24 Hours of Spa, in Belgium, which will take place on 27 and 28 July.